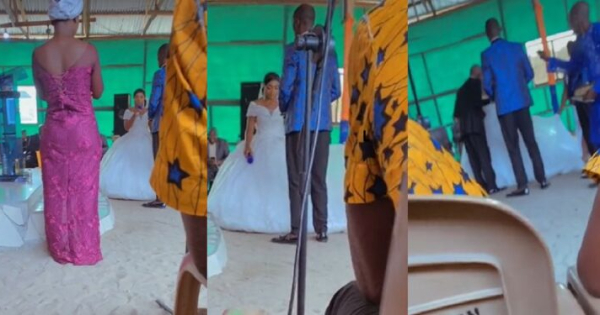 A video that is making the rounds on social media has shown the moment a bride refused to marry her groom on her wedding day, leaving her guests and officiating priest in utter confusion.

A viral video showed the yet-to-be-identified couple at the altar, ready to exchange their wedding vows when the bride refused to be joined to her groom. 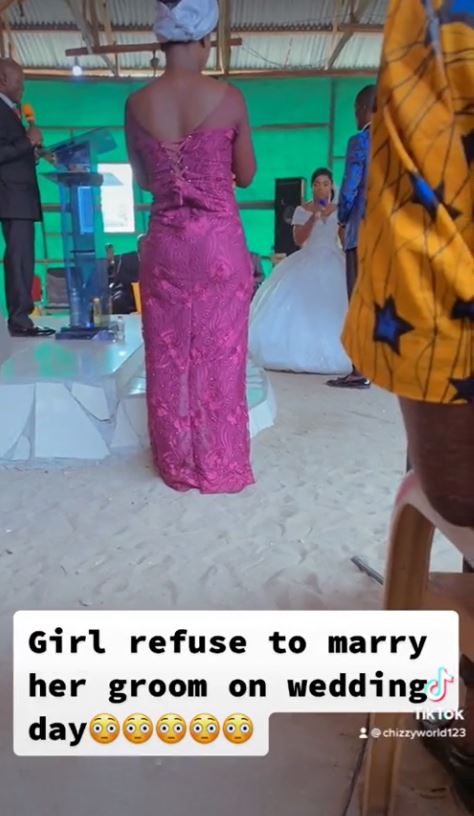 The bride wore an immaculate white wedding dress and her groom in an elegant blue suit, and they had attended all the activities of the ceremony, but disaster struck when they were called out in front of the church to take their vows.

The bride was given the microphone to read her vows but she totally refused to say a word.

After several unsuccessful attempts to persuade the bride to take her vows, the bemused priest asked her if she was not ready for the marriage, to which she said yes, causing the audience to gasp in shock.

The viral video has sparked a flurry of reactions from internet users who wondered what could have made the bride choose not to marry her fiancé on her wedding day.

An Instagram user wrote, “Na only she knows Wetin her eye don see!”

@nellynells__wrote, “Broken engagement is better than a broken marriage”.