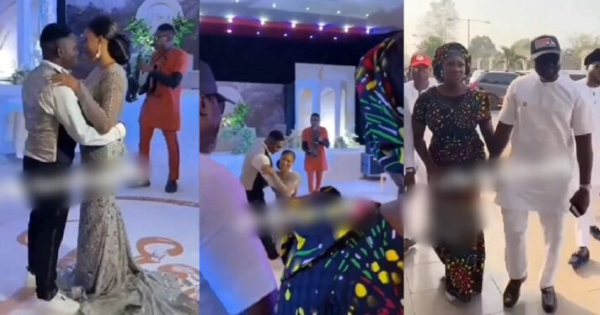 In the viral video, the bride was having her first dance with her husband when Mercy Johnson and her husband entered the venue in grand style. 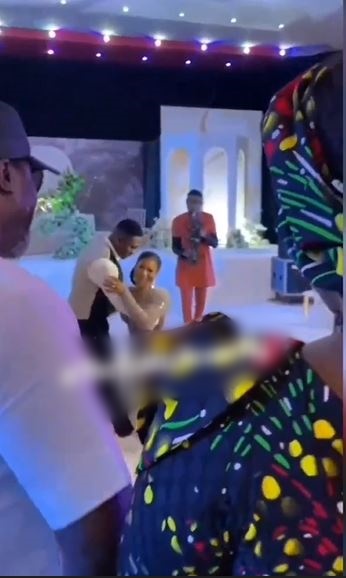 Upon seeing the public figures honouring her invitation and gracing her wedding, the very grateful bride fell to her knees to show her appreciation for the celebrity couple, ignoring her white dress.

Her gesture caused a stir and drew mixed reactions from Nigerians on social media.

In response, an Instagram user @dami_lola1 wrote: “Kneeing down for her? She be God???

Other social media users, on the other hand, praised the bride’s modesty.

@oyindamolaaa wrote: “Honour people! When you honour people it opens the door for you. Honour controls favour. One of the clearest signs of honour is gratitude and I don’t see what’s wrong in this lady’s actions.”

@ladipo_david wrote: “Good well Brought up girl. I hope this generation trains their children like this

@susan_davids wrote: “Please what is wrong with her reaction? Sometimes you guys can cap rubbish.”