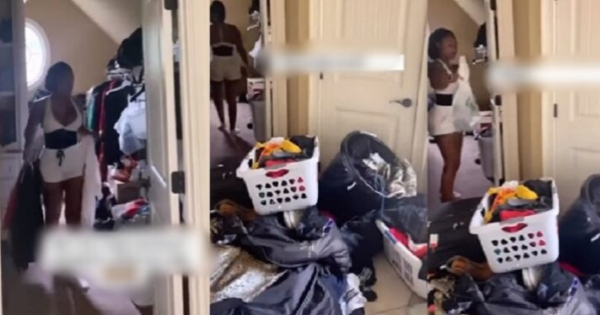 A man has taken to social media to call for help after his wife kicked him out of the house for refusing to adopt her children.

The man, an African American, disclosed his wife had thrown his belongings out of the house because he legally refused to adopt her children from a previous relationship. 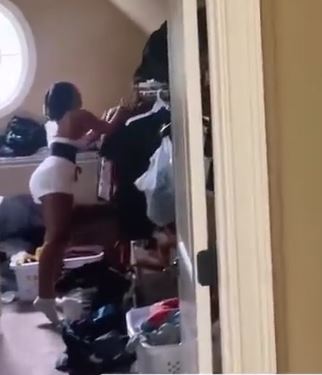 A video he shared on social media showed the woman packing his clothes out of the house and he protested but she refused to listen to his pleas.

The frustrated man said he will not comply with her request because she intends to use it to exploit him.

“She was angry because I refused to adopt her kids”, he wrote.