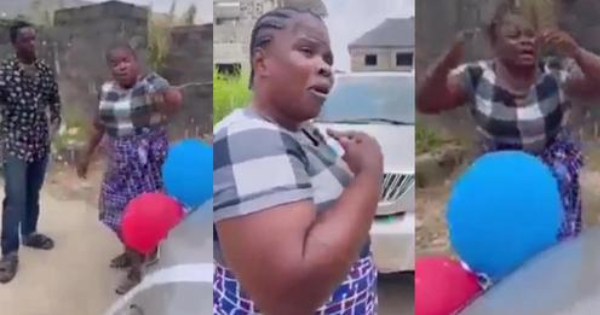 A viral video has captured the dramatic moment a Nigerian mother turned down a car gift from her son, who is still in college.

The woman has just turned a new age and her undergraduate son decided to surprise her with a brand new Lexus car. In the viral video, the son who came to visit his mother with the new car in the company of his friends can be seen leading his mother to where the car was parked.

However, upon seeing the luxury car, the Nigerian mother worried about how her son could afford to buy it for her with no known job.

She openly rejected the gift, stating that her son is a student and questioning his source of income.

At one point in the video, she broke down in tears and exclaimed that her son was involved in an internet scam popularly known as “Yahoo Yahoo.”

Watch the viral video below,