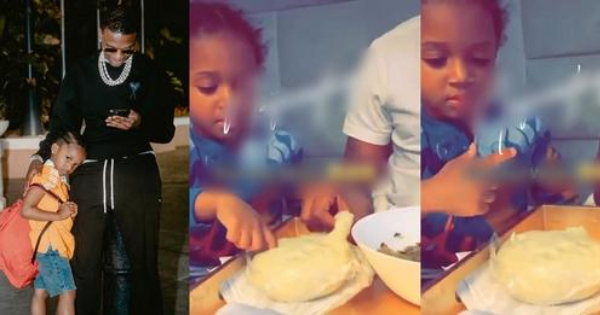 A video of Nigerian superstar singer, Ayodeji Balogun, commonly known as Wizkid, teaching his son, Zion, how to eat a Nigerian dish has gone viral.

In the video that captured the adorable father-son moment, the grammy award winner can be seen slowly devouring what appeared to be fufu while his son Zion, sitting next to him, did the same. 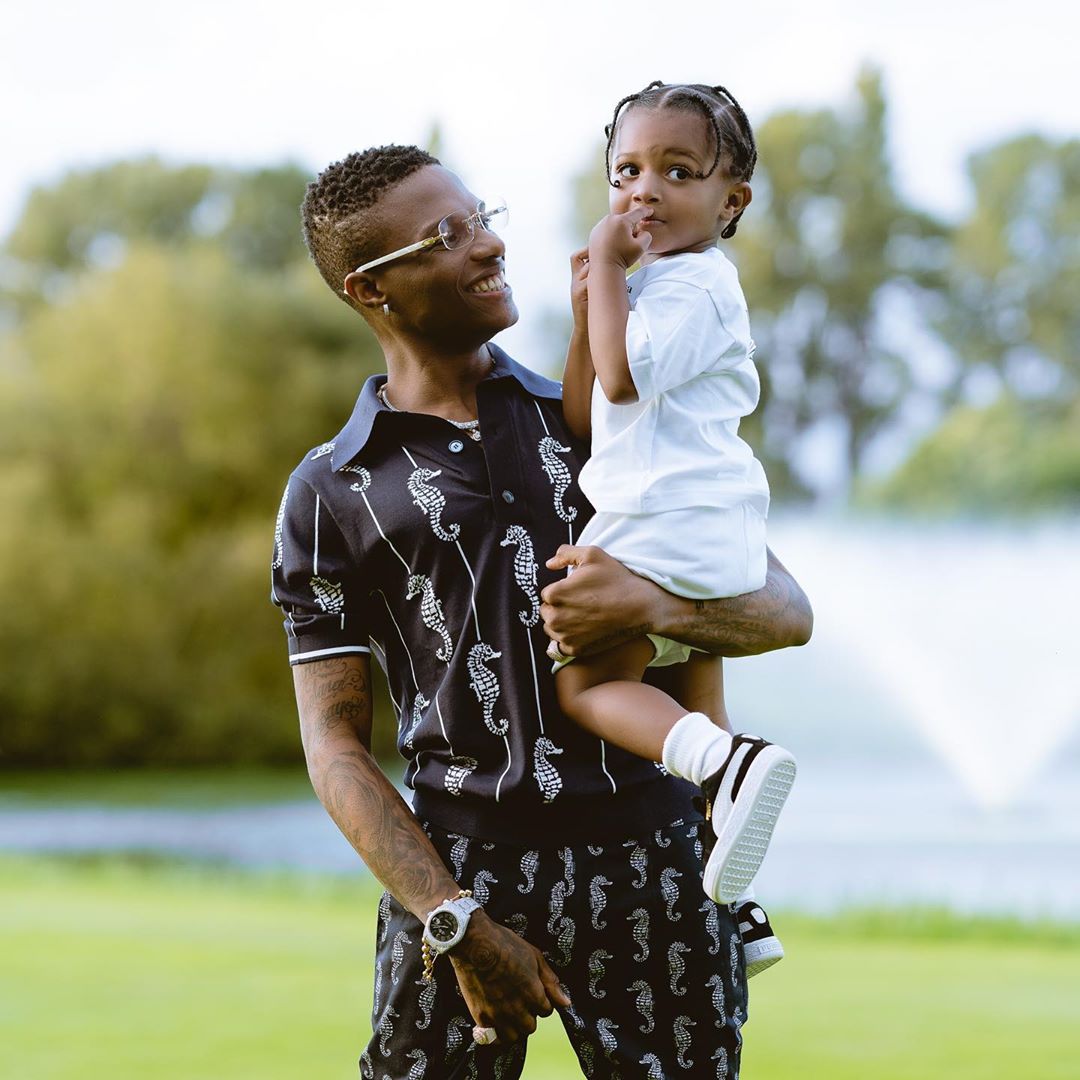 Wizkid cut off a small piece of fufu with his hand, dipped it into the soup bowl next to it, and then put it in his mouth.

Little Sion tried to do the same, watching his father with intense curiosity.

However, the video sparked reactions on social media, as many responded to the little boy’s expression as he ate the food.

In response, @cheriflexy wrote: “The boy was just confused

@he_real_chestnot wrote: “Is the facial expression for me