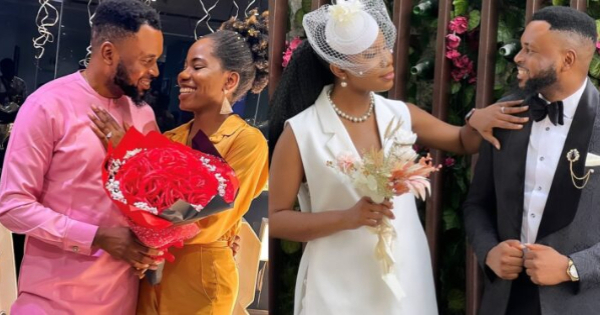 A young woman identified simply as Fran took to social media to appreciate God for touching her father’s heart and allowing her to marry the man of her dreams.

According to the young woman’s statement, her father refused to approve her choice of husband because he was not an Igbo man.

She explained that it took her a year to convince her father to accept the ceremony and that the entire event took five days, from proposal to court wedding.

Had a hard time getting my father’s approval for over a year, just because my man isn’t Igbo. All of this (proposal, introduction, court wedding) just happened within the last five days. All I can say is, Jesus answers prayers.
Hi Husband @wilson_gosim 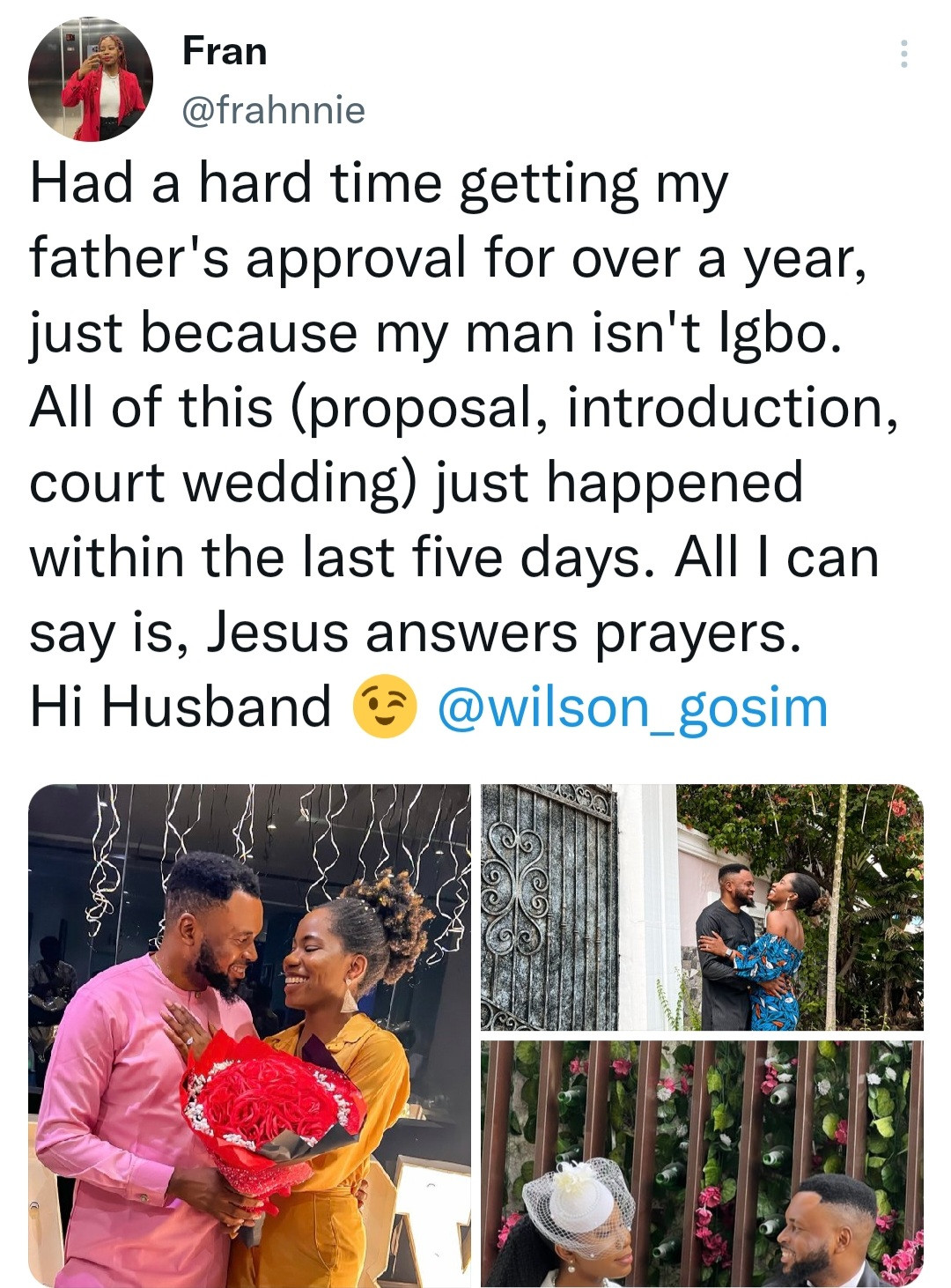