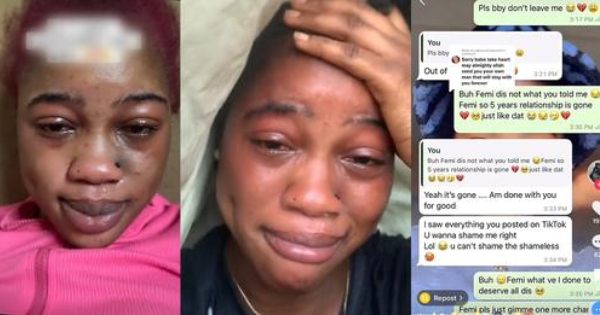 A young Nigerian lady has been rolling in the sea of her own tears after being dumped by her boyfriend of five years.

The lady, who is heartbroken and devastated by the incident, announced that her boyfriend named Femi ended their relationship after dating for half a decade.

In a video she posted on TikTok, the lady can be seen crying profusely over the traumatizing heartbreak and blamed her boyfriend for breaking his promise to be with her forever. 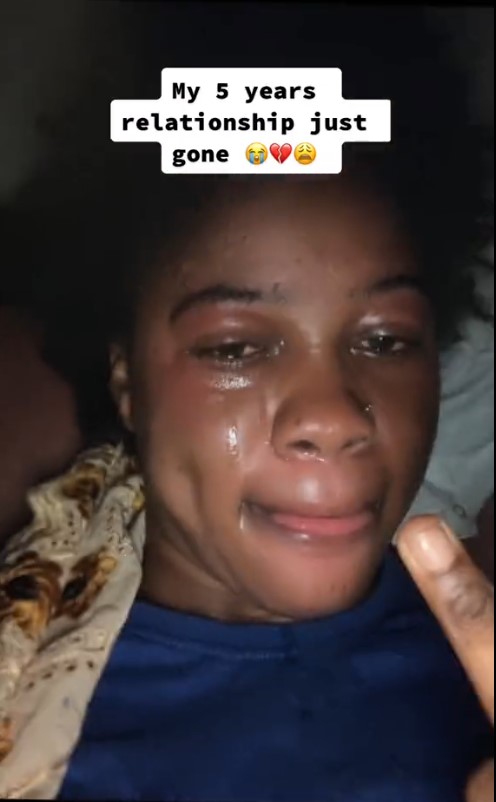 She also shared screenshots of their conversation begging him to give her one last chance, but he insisted that their relationship is over and blocked her.

Reflecting on the relationship, the lady said that the biggest mistake she made was losing herself in the process by loving her man.

She captioned the video,

“I don’t know why people change too fast. It’s still like a dream to me, Femi what have I done to deserve this? You promised me forever, one of my biggest mistakes is losing myself in d process of loving someone too much ( the pain of having to stop liking d person you like a lot ~ then suddenly notice his a shitty person (aNd realize how blinded you were by aw much u liked him.”

Watch the clip below,

Read their chat as you scroll, 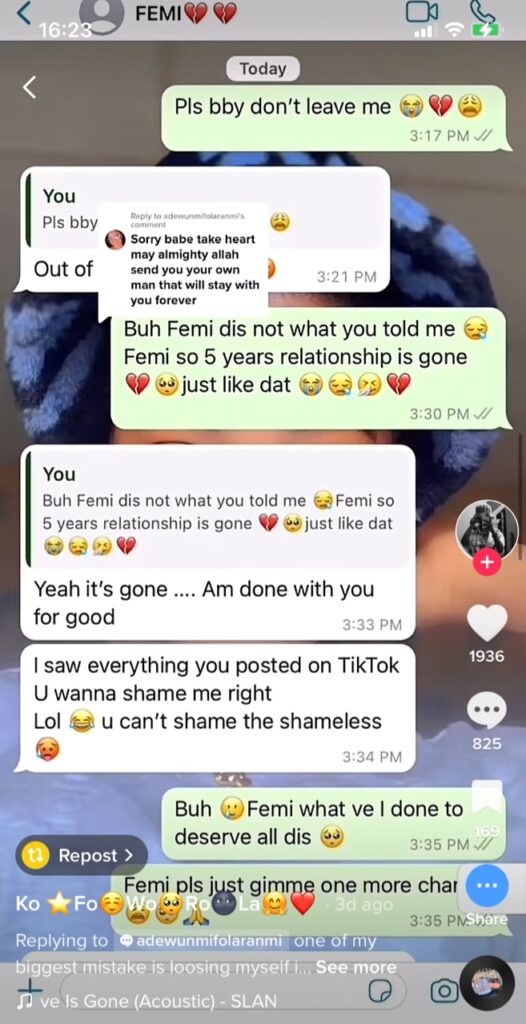 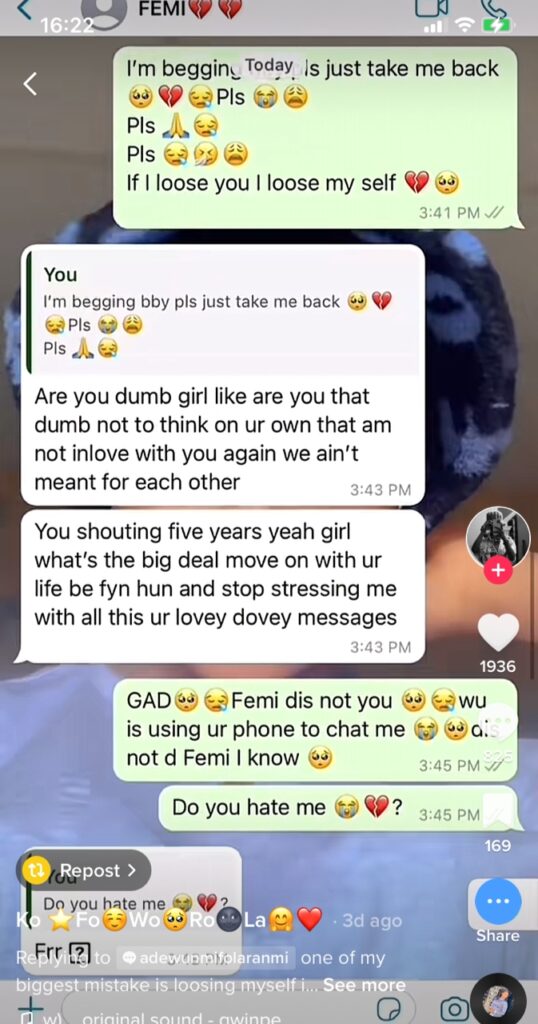 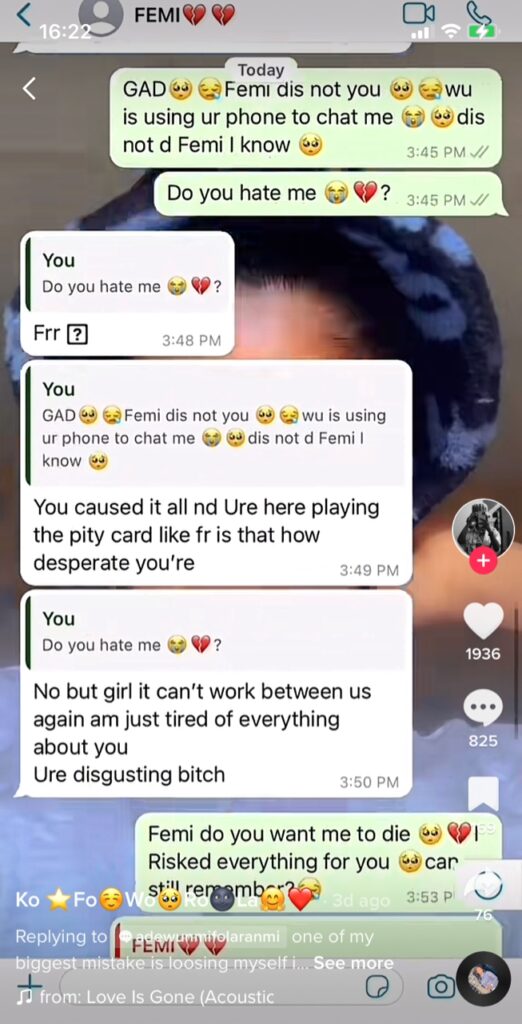 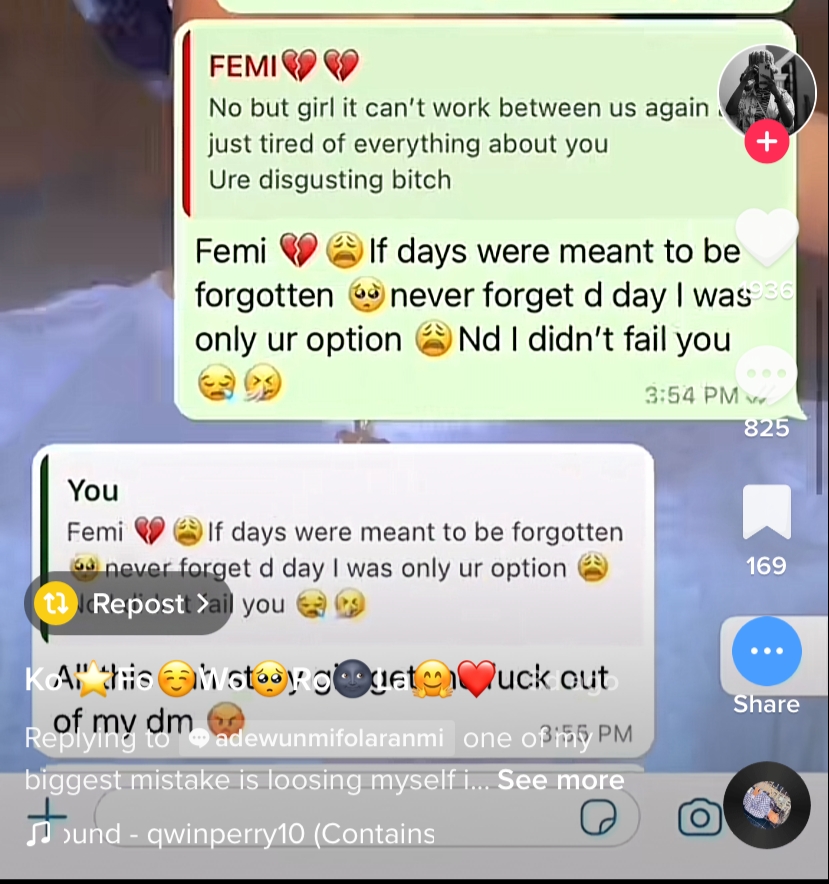 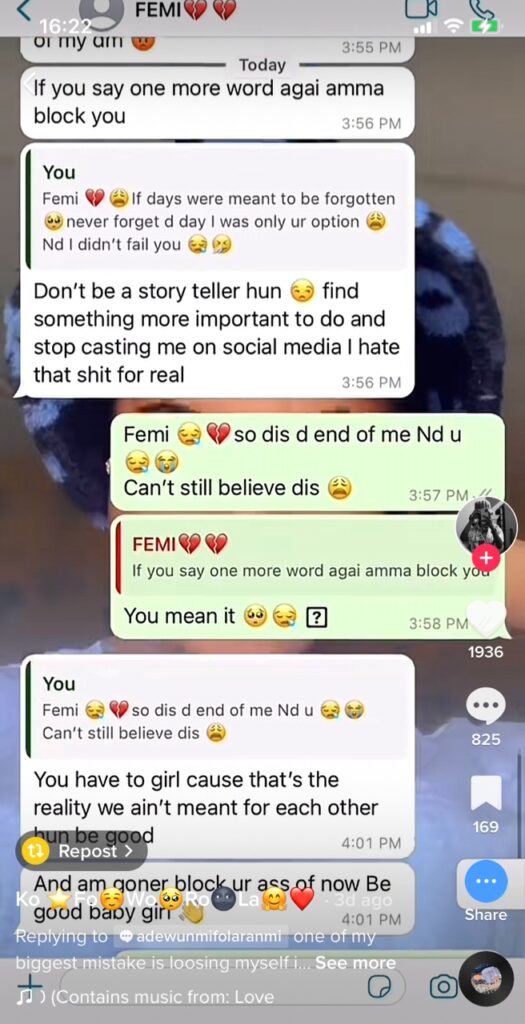 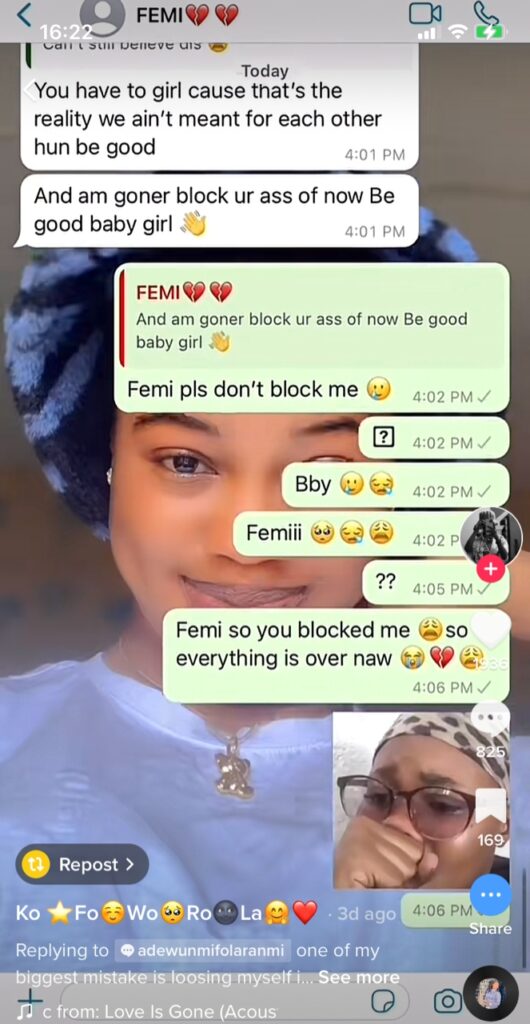