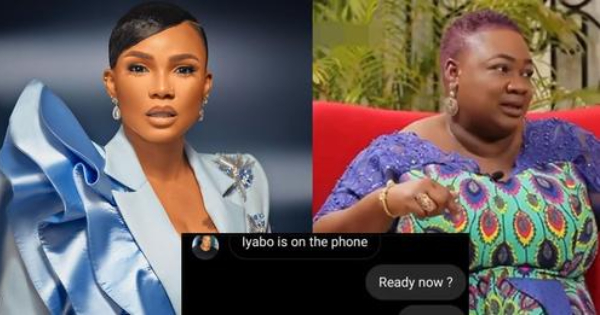 Popular Nollywood actress and movie producer, Iyabo Ojo seems to have fallen out with her industry friend, comedian Princess.

This is coming after comedian Princess mentioned their phone conversation with controversial blogger, Gistlovers. 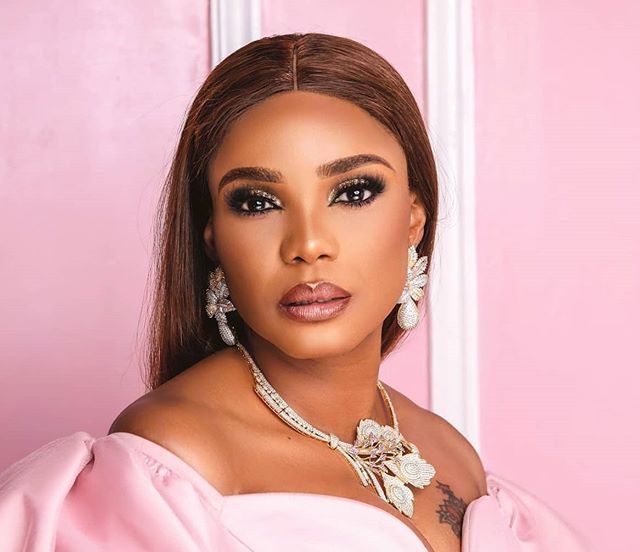 The feud started on Sunday when Princess hosted an Instagram Live session with former Nollywood actress, Halima Abubakar, during which she opened up about her alleged affair with a cleric, Apostle Suleman.

After the interview, the Instagram blog, Gistlover shared its conversation with Princess, who revealed that Iyabo Ojo called her on the phone during the live session with Halima. When Iyabo Ojo saw the post, she was furious that her friend, Princess, had relayed her phone call conversation to the blogger and took to her official Instagram page to scold her.

Iyabo, who supported Princess during the “Sexual Assault Saga” with actor Baba Ijesha, felt betrayed by the comedian’s action.

In a now-deleted post, Iyabo Ojo noted that she has learned the hard way that she shouldn’t go over and beyond for anyone.

“O re ni wan…. I have learned this in the hardest ways… Never inherit anyone’s energy, never risk your life or take a bullet for no one & nobody. Never go beyond & above for anyone.. Bcos when you do & they turn around & stab you… It hurts differently. It’s ok to help, but with great caution”. She wrote. 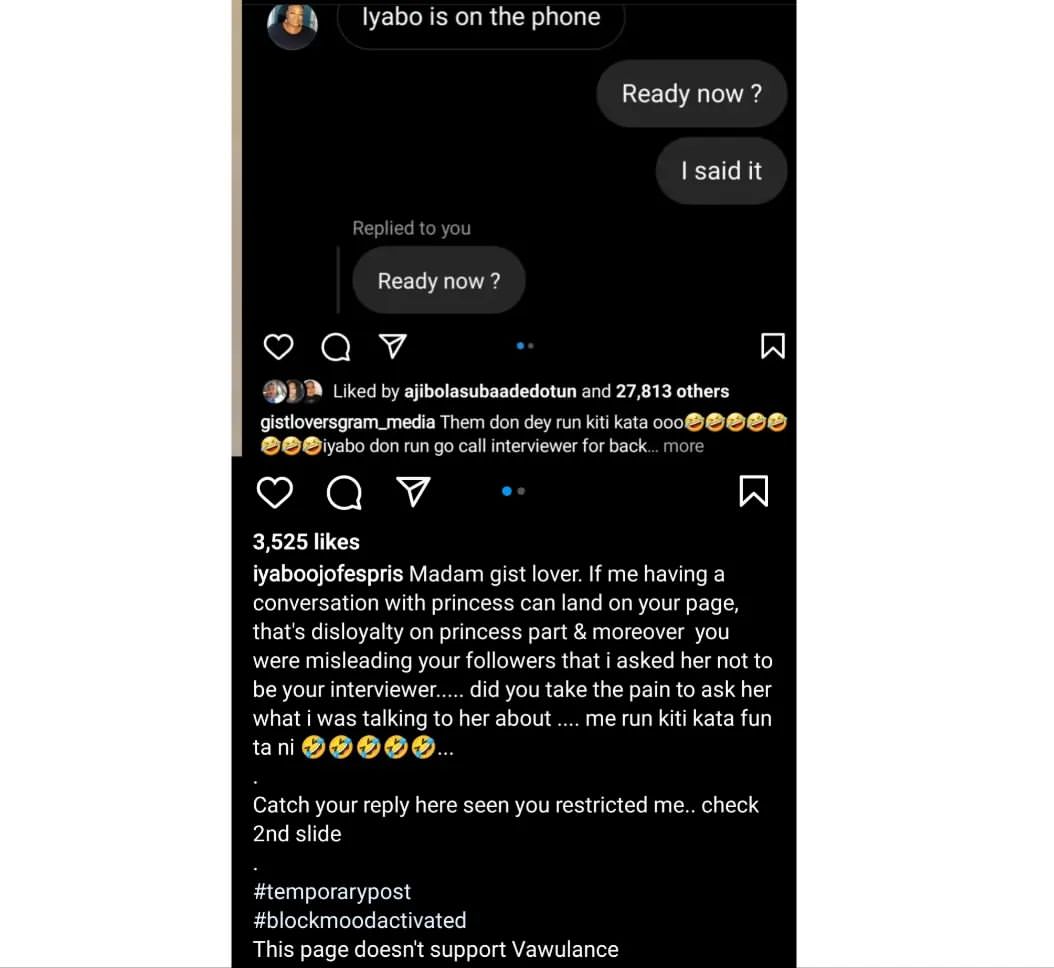 However, a check on Iyabo Ojo’s Instagram page showed that she has unfollowed her friend, comedian Princess.