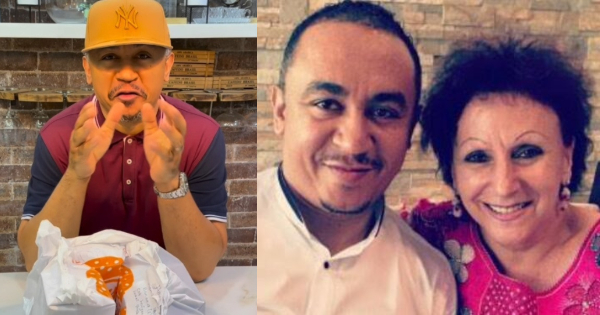 Daddy Freeze, a controversial media personality, has told his followers that giving money to their wealthy parents is not a blessing.

Daddy Freeze, who took to his Instagram page to make this submission on Monday, Jan. 18th, said the blessing is all about giving to the poor and needy.

According to him, he has never given money to his mother in his entire life because she has a successful career and money. 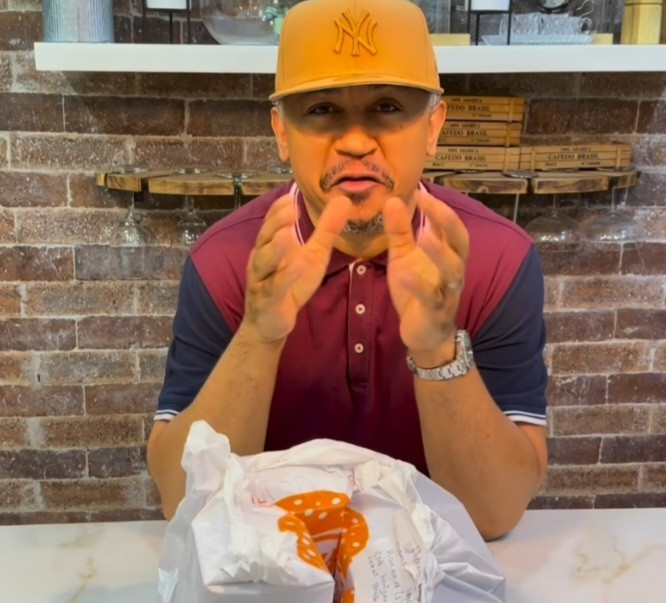 However, he said that it is okay to give money to your parents if they are poor and struggling, but giving money to rich parents is a waste.

He also recalled how a politician once dropped some money for his mother when she wasn’t home and she went to his house to give him his money back.

He explained that his mother doesn’t like charity and would rather spend the money she worked hard to earn.

The media personality added that the majority of those who won’t get his message are those who have made money their “god” and poverty their “sibling.” 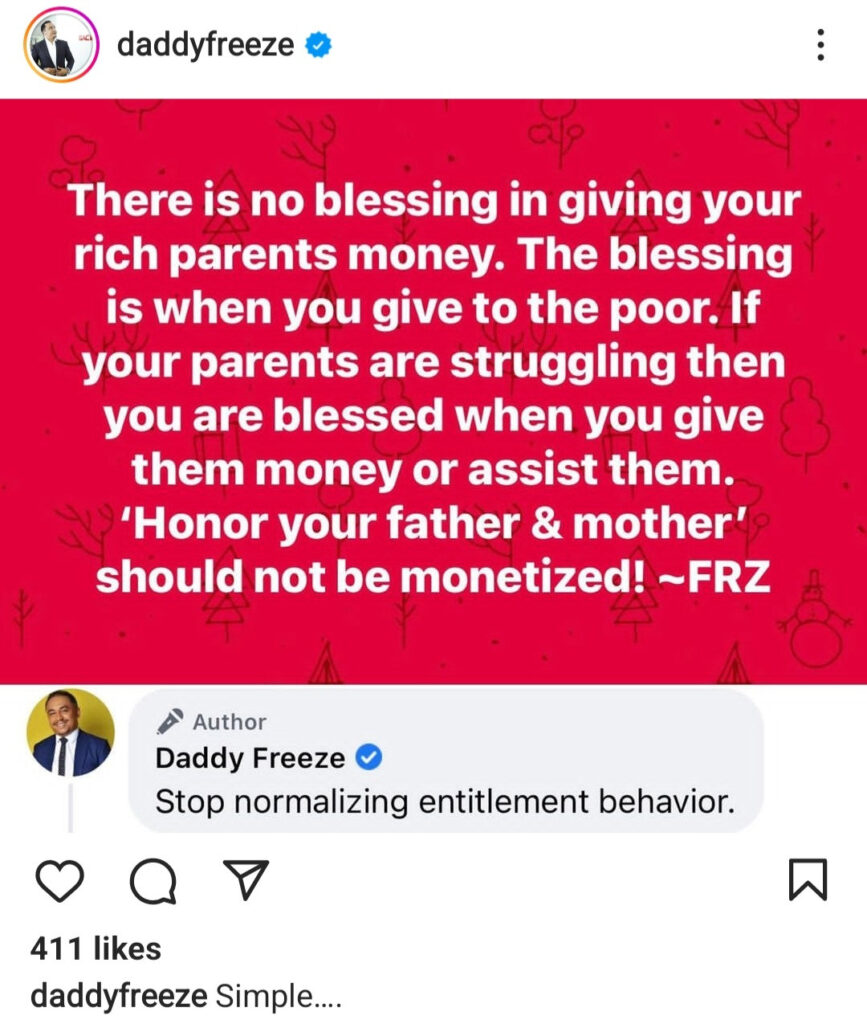 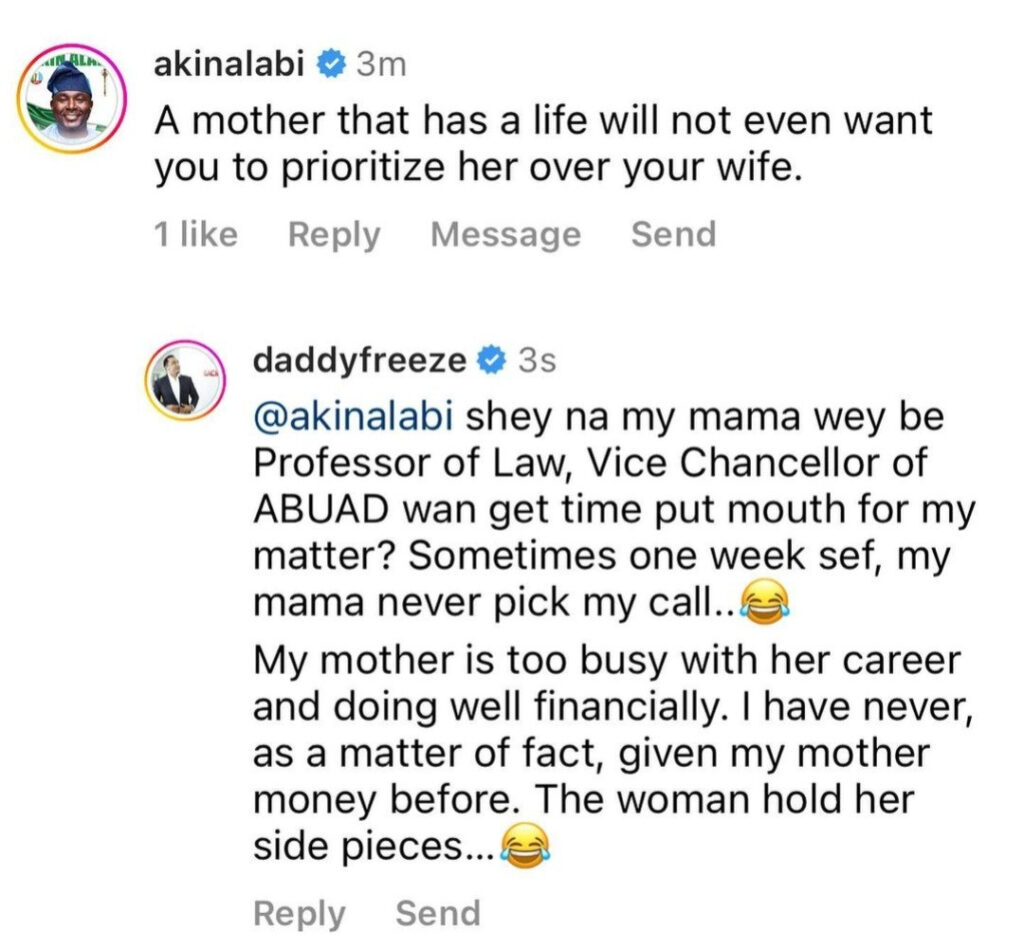 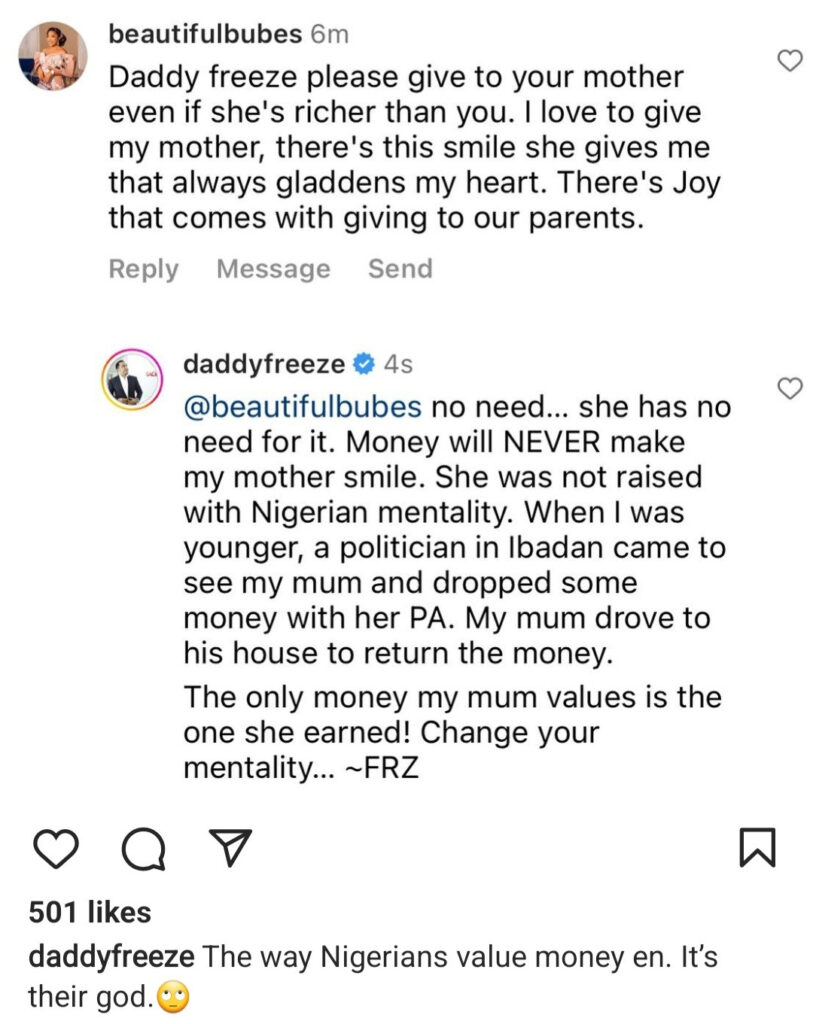