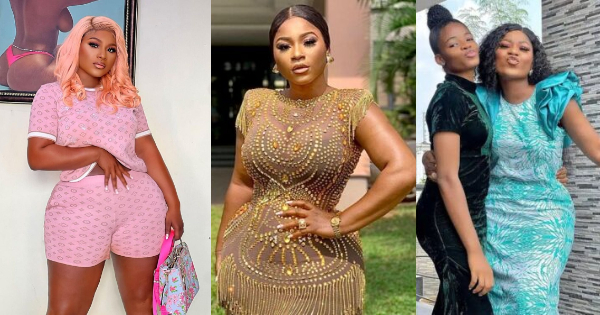 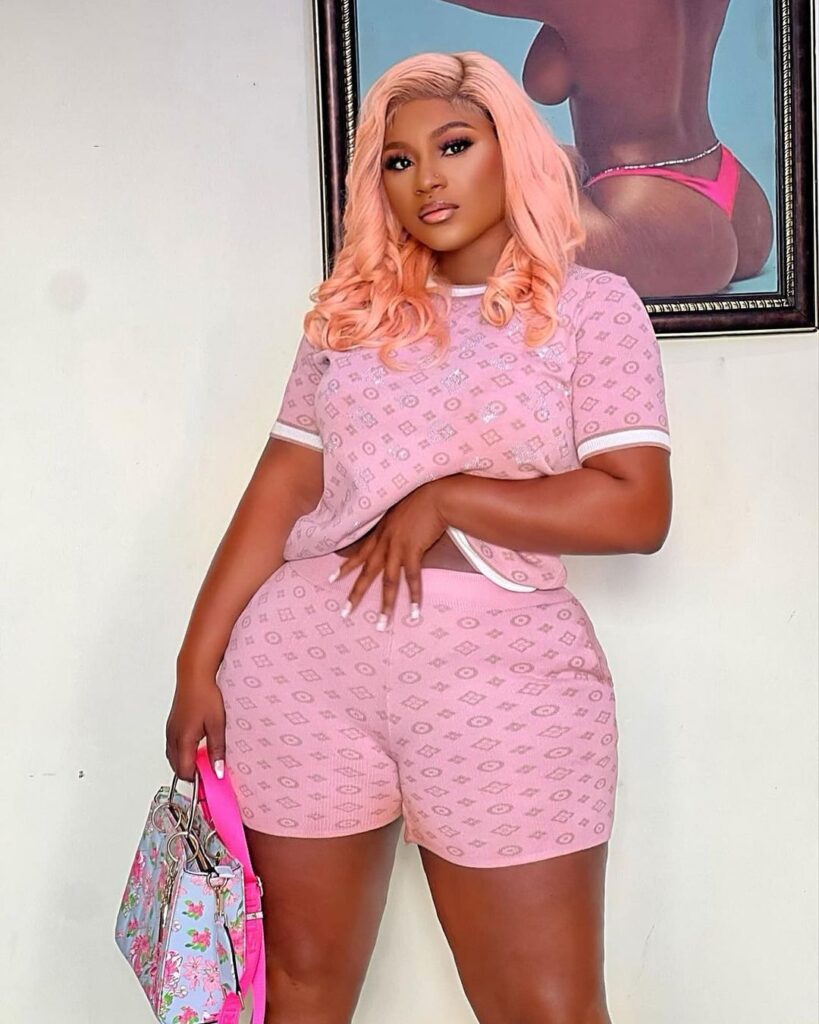 Well, the Nollywood actress has apparently given a hint as to what happened between her and Chinenye by responding to a follower’s comment. 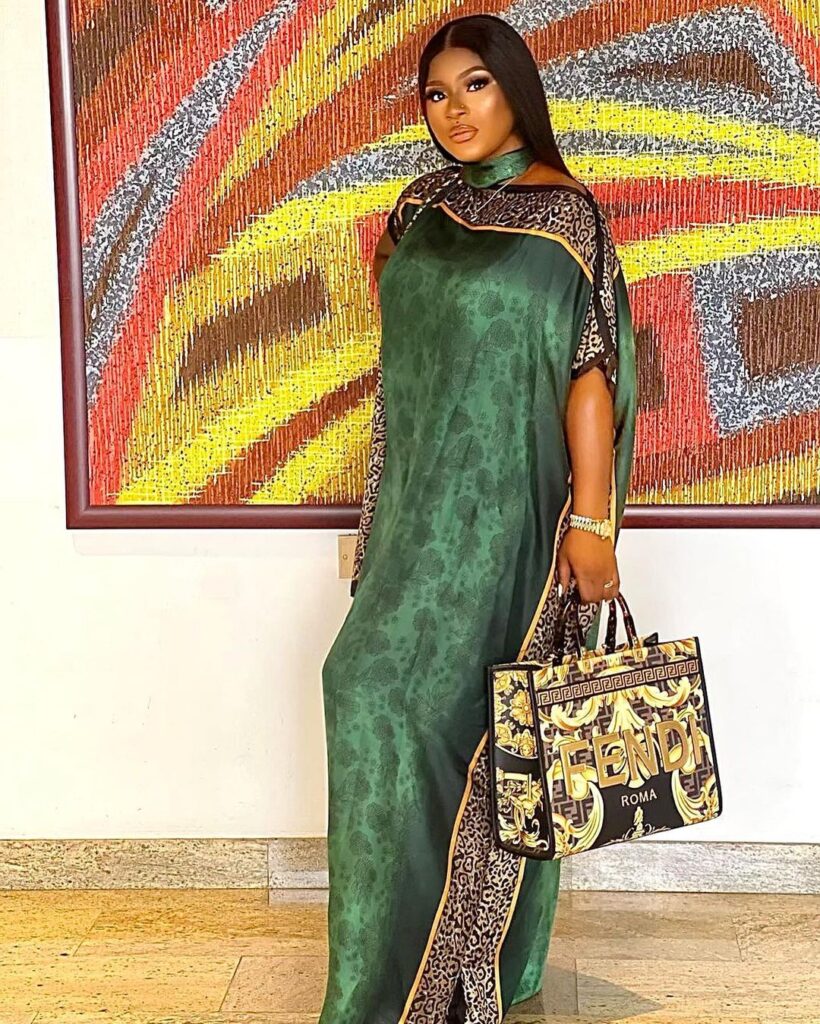 The actress had shared a video on her Instagram page of stunning female fans rushing toward her when they spotted her out in public. These ladies were very excited to see Destiny Etiko and hugged her tightly through her car window.

“How they almost hurt themselves jumping down from bike

just to greet me….I had to quickly stop…Love u guys right back

. Thanks for capturing this beautiful moment

@irene_ibekwe,” she wrote in the caption.

In response, a follower pointed out that the actress didn’t wait to meet with the girls, instead zoomed off after exchanging pleasantries with them, saying that after her experience with Chinenye, she doesn’t want to adopt another child.

“Lolz…destiny no wan adopt again, she jejely drive the go front”, she said.

In response, Destiny revealed her decision to stop adopting, citing that many less privileged children are disrespectful and ungrateful.

“My sister since there are lots of disrespectful and ingrates… am done o,” she responded. 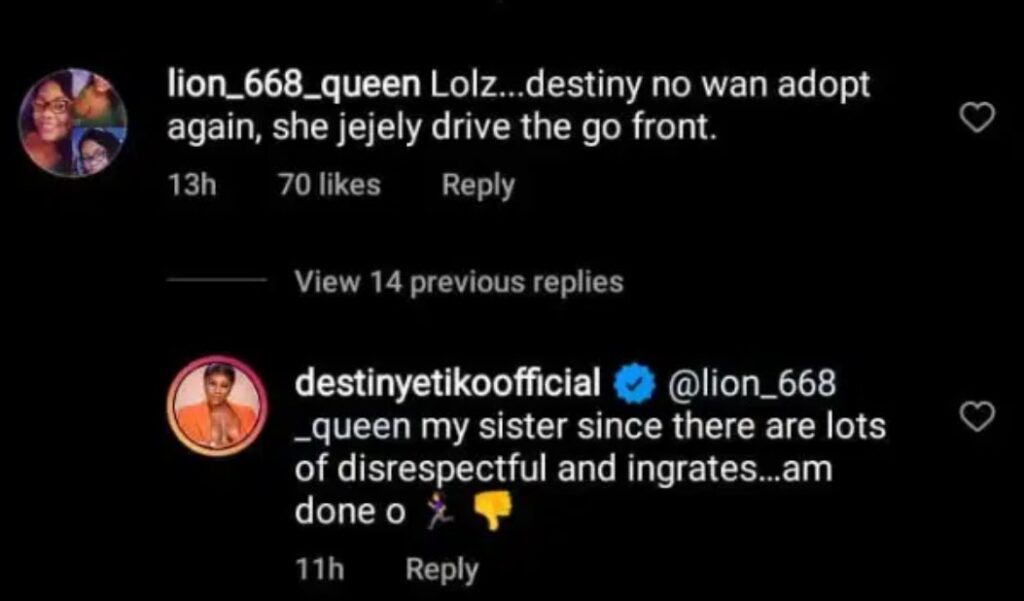