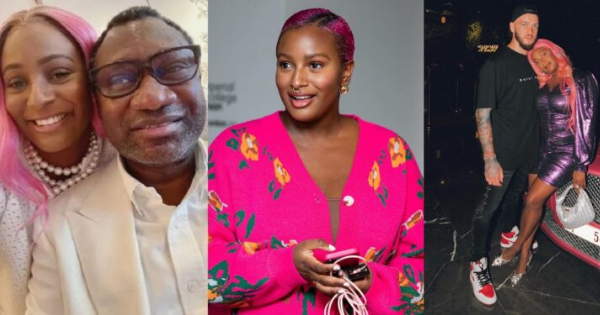 The billionaire daughter and disc jockey, Florence Otedola, better known as DJ Cuppy, has sparked reactions on social media after revealing what her father, Femi Otedola, and her fiancé, Ryan Taylor, made her do.

Taking to the microblogging platform, Twitter, DJ Cuppy revealed that the two most important men in her life made her remove her nose ring. 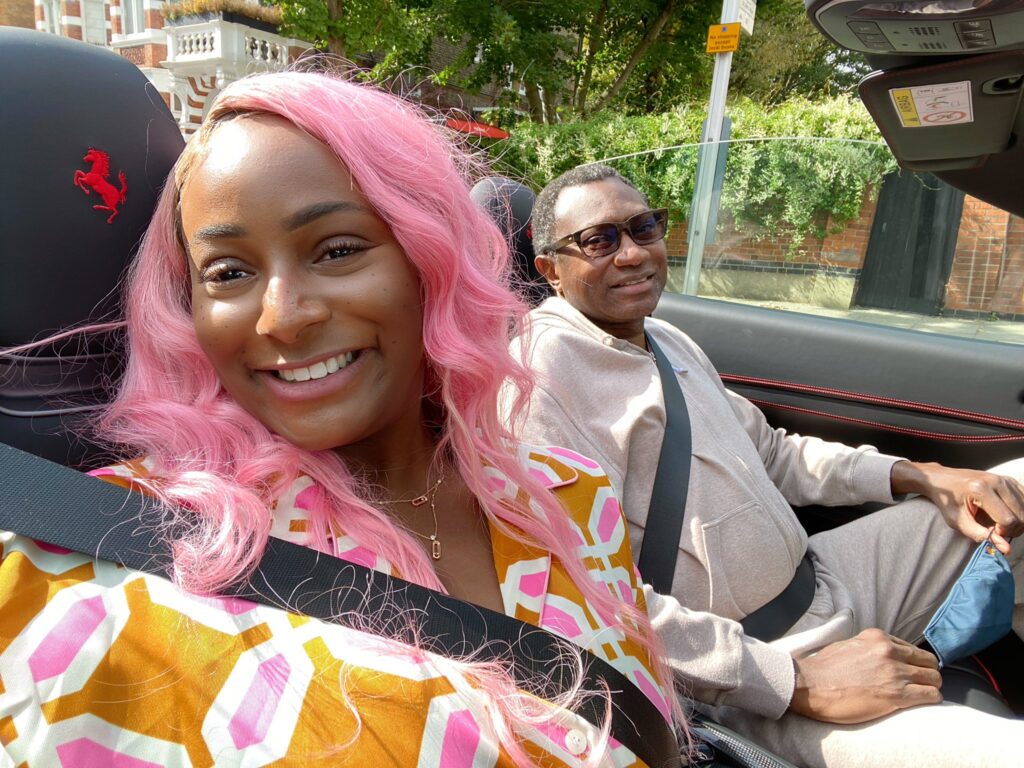 ”, she tweeted on Thursday, December 29.

The revelation caused a stir on social media, with internet users sharing their thoughts on DJ Cuppy’s decision to take her nose ring off because of her father and future husband.

In response to the tweet, a Nigerian man living in London claimed that women will always bow to men’s desires because it is God’s divine plan.

“At the end of the day, no matter who or what they have, women will always bend to men’s wishes. It’s the way God arranged it.” he tweeted. 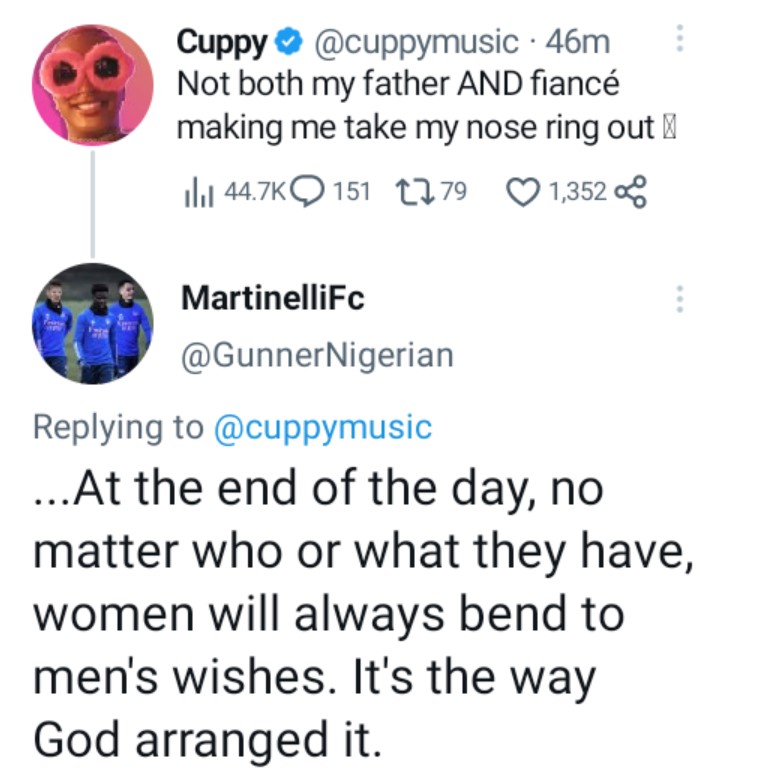