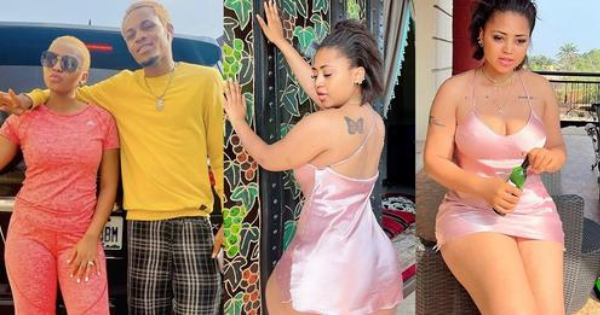 The mother-of-two took to her verified Instagram page on Tuesday, December 20th, to share a hot photo of herself in her nightwear. Regina shared the photo with the caption, “Today I really don’t feel like doing anything other than walking around in my nightwear, sipping wine from a bottle.” 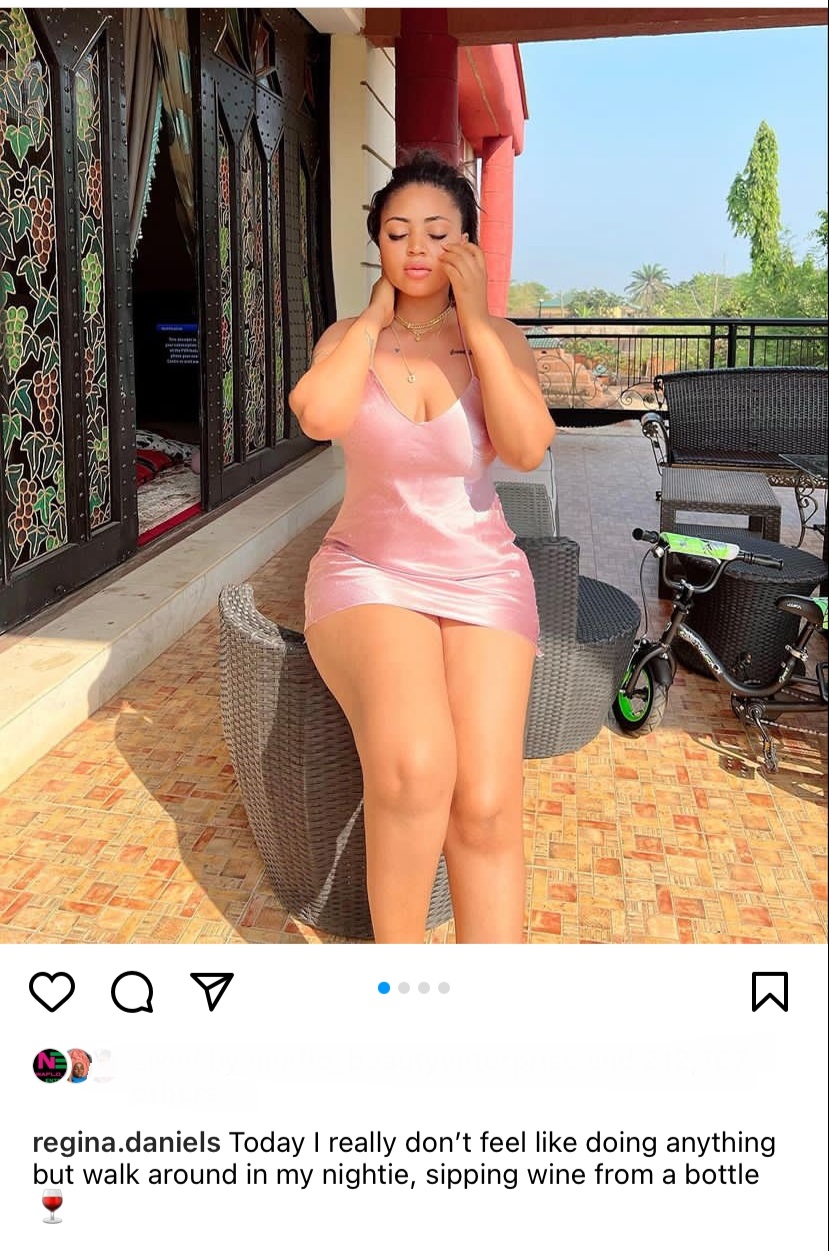 The sleeveless pink nightwear showed a lot of skin and didn’t seem to sit well with some of her followers, including her brother, Sammy.

In her comments section, Regina’s older brother, Sammy, asked who advised the Nollywood actress to post photos like this on social media.

“Who advise you make you post this kind of picture?” He wrote.

However, the actress’ sister, Destiny, had a different opinion as she praised Regina Daniels’s looks in the photo.

See Sammy and Destiny’s comments below, 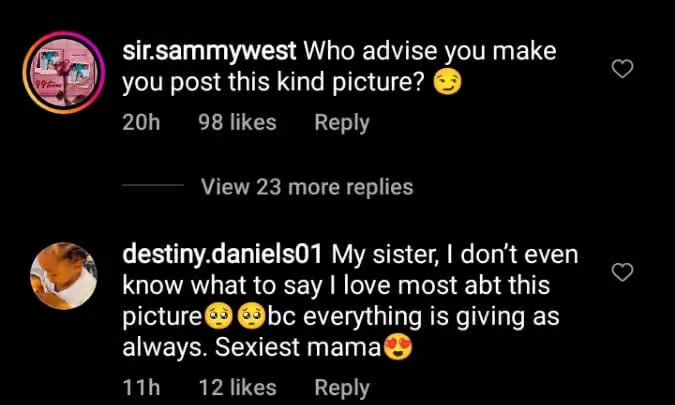 See more photos below that caused a stir, 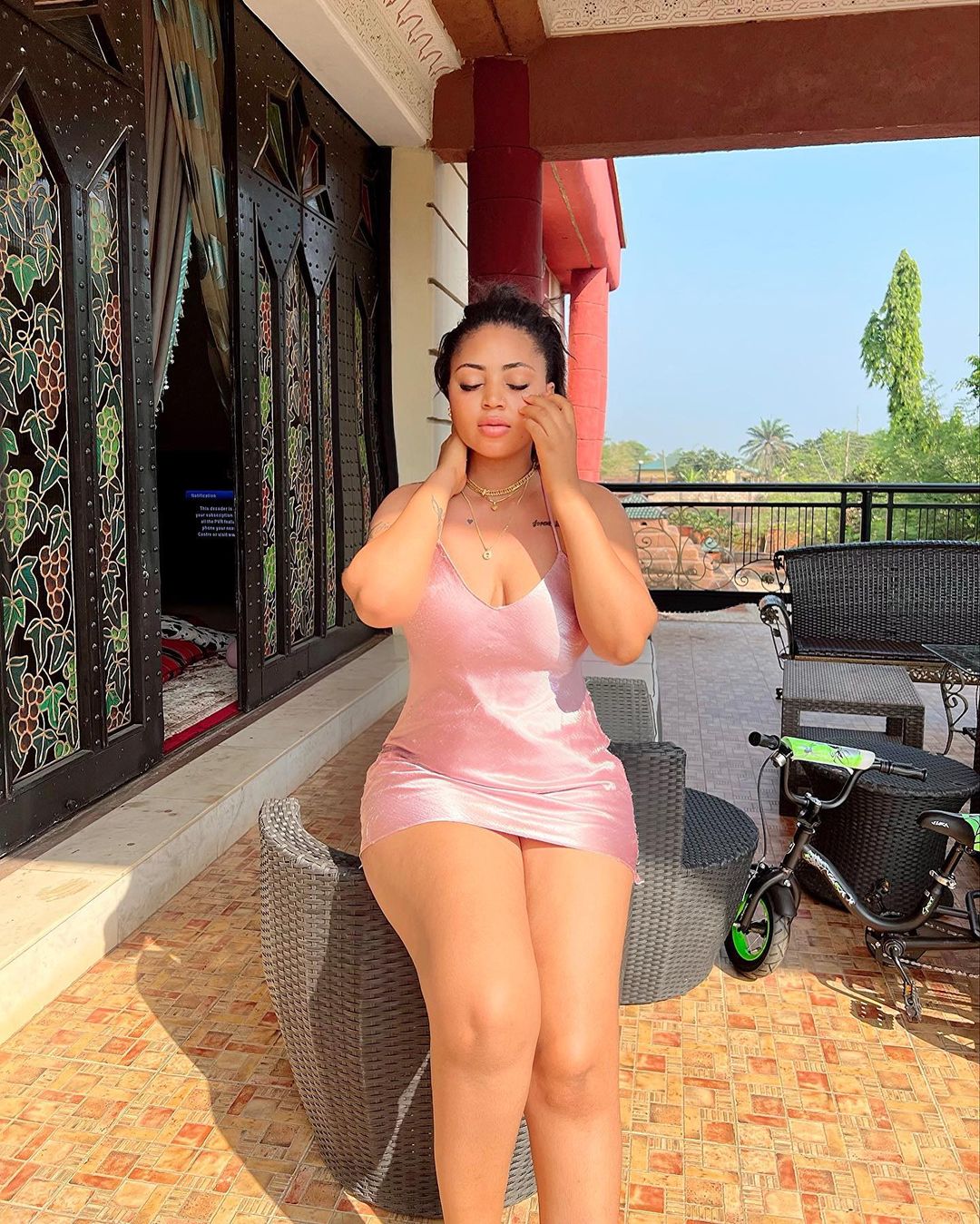 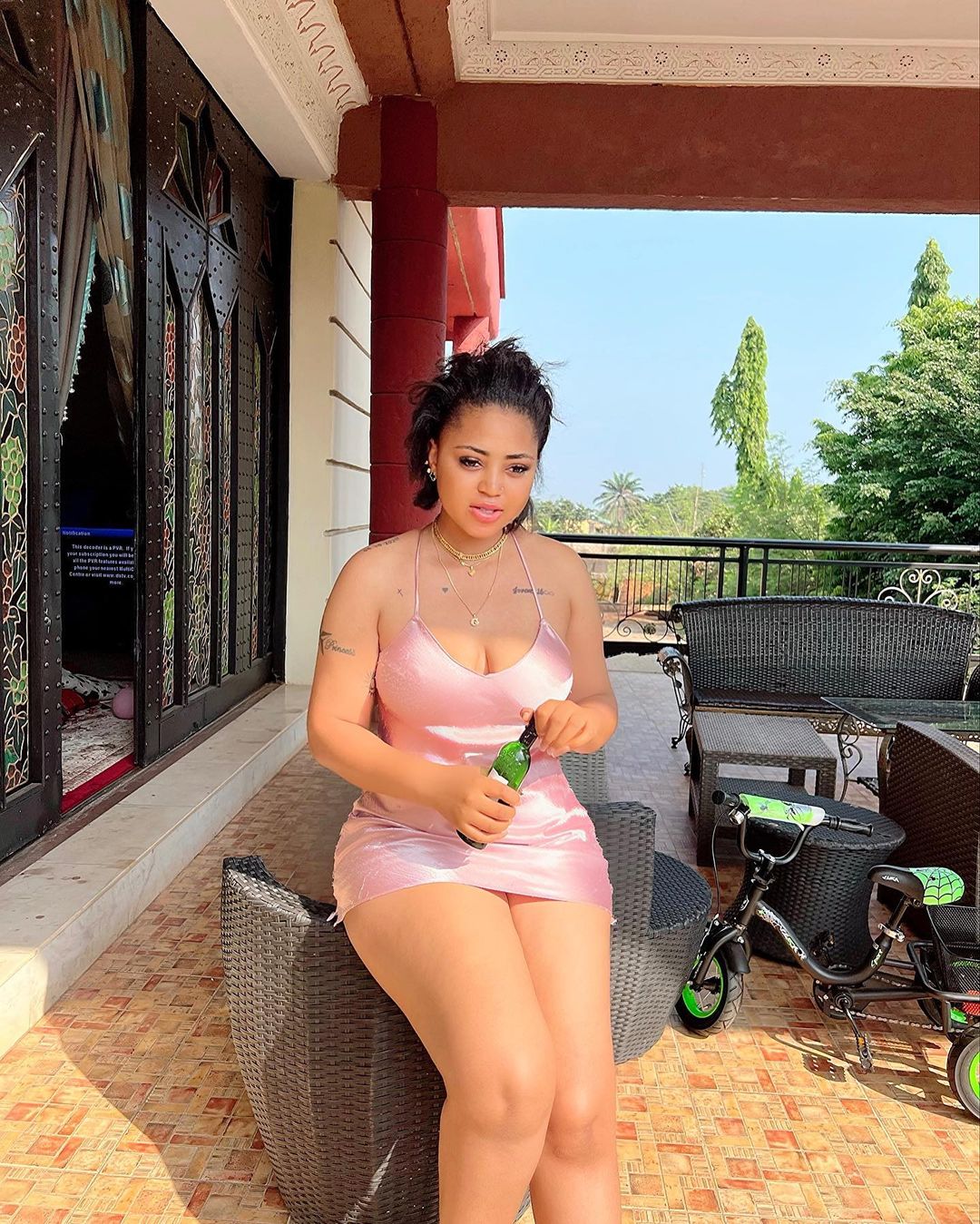 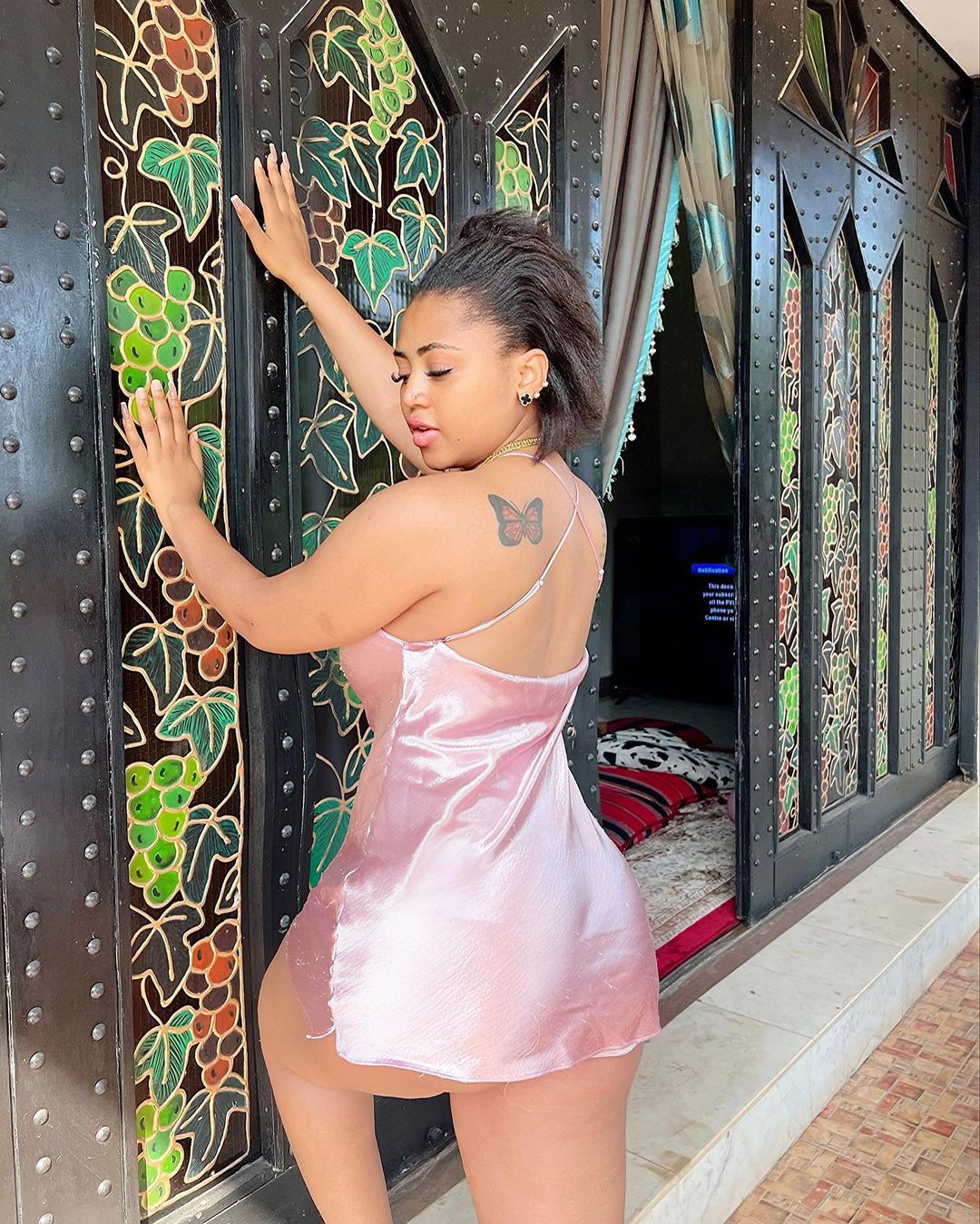