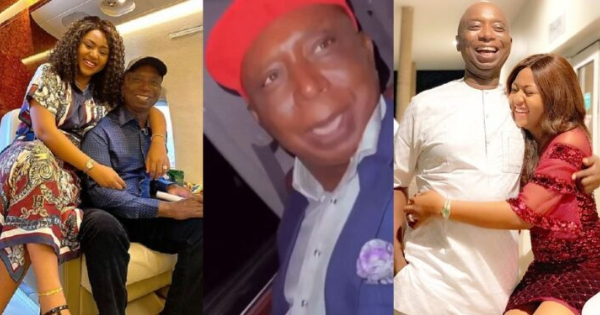 Nollywood actress, Regina Daniels, has shared her husband, Ned Nwoko’s reaction after she played the trending song ‘Billionaire Onye Di Cash’ for him.

The billionaire wife recently jumped on the “Billionaire Onye Di Cash” trend, and her husband’s reaction to the song’s lyrics was quite amusing. 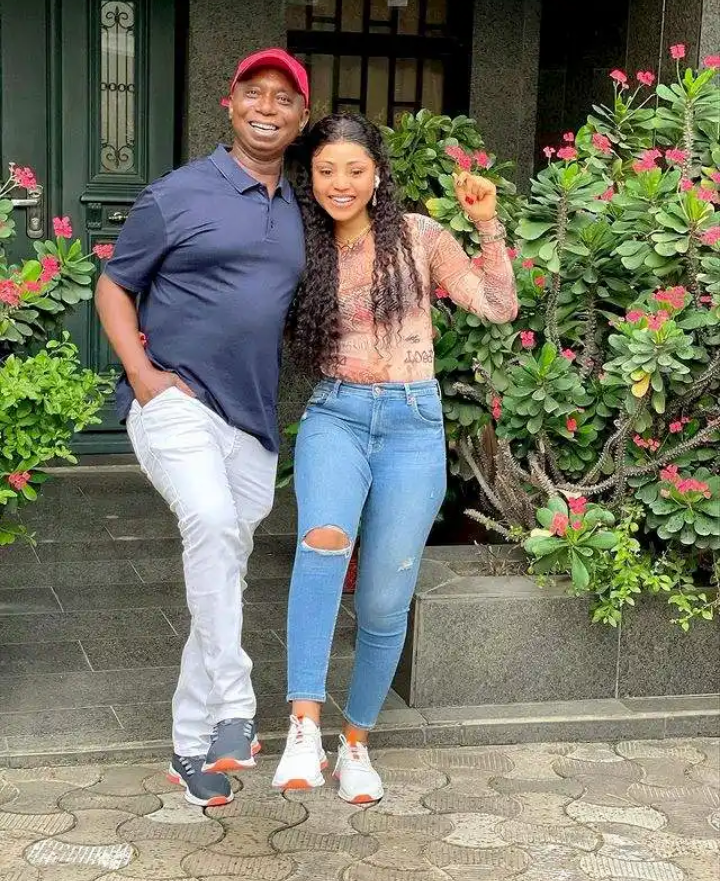 Regina and her husband were in their car when the actress played the song and told her billionaire husband that the track was for him.

With the song “Billionaire Onye Di Cash, chopping and spending the money” playing in the background, Regina moved the camera to show off her husband’s statement ensemble.

Ned Nwoko, who initially took his time to understand the lyrics, turned to his wife, took off his glasses, and with a cheeky smile asked her why she thought the track was made for him, prompting laughter in the car.

Sharing the video on social media, she wrote, “I told my husband that this song was made for him.”

This is coming after Regina Daniels had taken to social media to show off the bundles of new naira notes that her husband, Ned Nwoko, gave her out of the blue.

The billionaire’s wife revealed that she was on a film set when her husband’s accountant came to the scene with the money on his instructions.

The mother of two, who was over the moon about the surprise gift, decided to flaunt the bundles of new naira notes on social media.

As she showed the wad of money, although it was denominated in N200, she remarked that she loved it and appreciated her husband’s thoughtfulness. (Watch the video here)