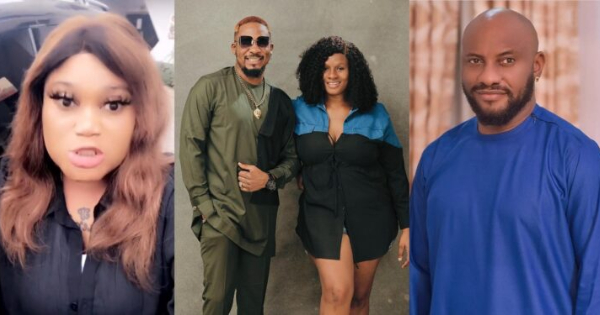 Junior Pope had taken to his official Instagram page to subtly jabs Yul Edochie for boasting about being a proud polygamist. 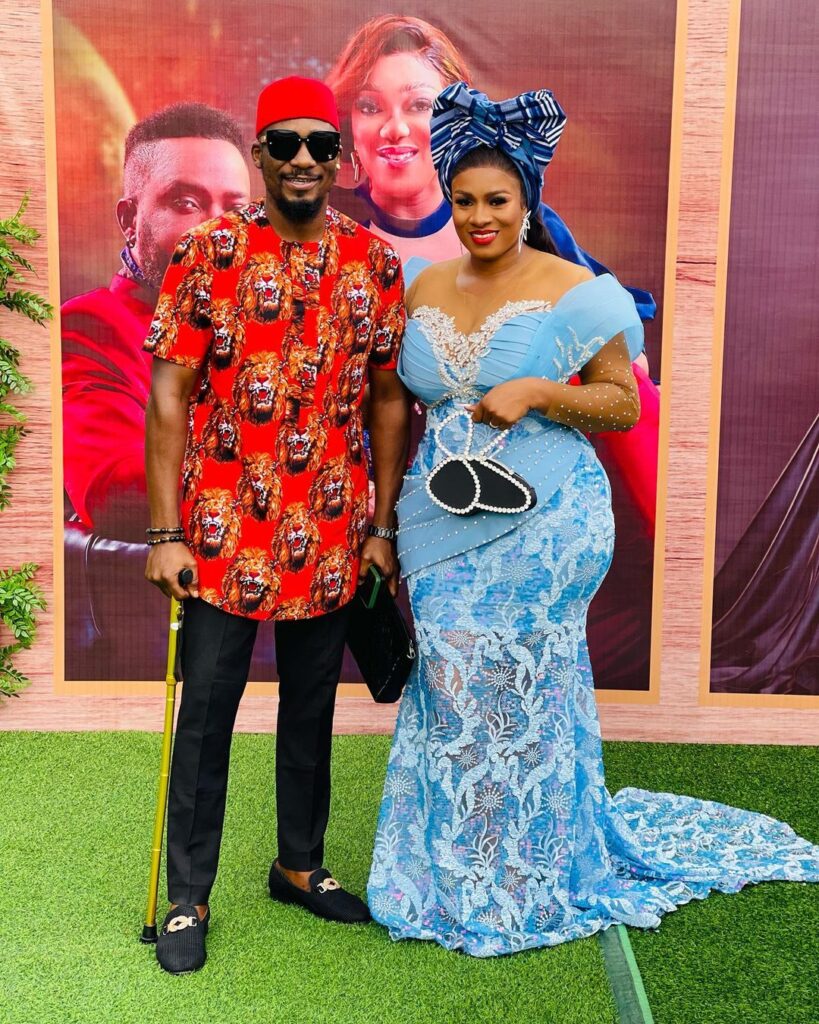 It is worth recalling that Yul Edochie caused controversy yesterday after claiming that God commanded him to take Judy Austin as his second wife in order to give their son an identity.

He wrote in part,

“I’m a very proud Polygamist with my full chest, Read Exodus 21 vs 10, The Bible acknowledges Polygamy. It is my destiny. God directed me to do it. So I can give my son a proper identity. Therefore it came with many blessings.” 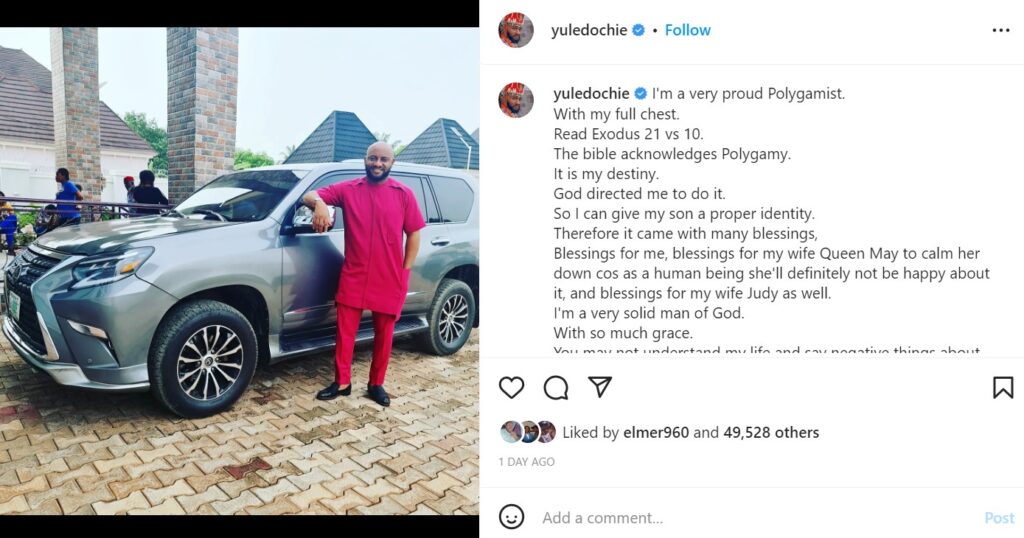 In an apparent response, Junior Pope Odonwodo shared a photo of himself and his wife, Jennifer Awele, in a message he posted moments later, saying a monogamous marriage is always the best.

“ONE MAN, ONE WIFE still remains the best ……Nothing can change that ………Happy Sunday Swagnation
Sunday vibes with wifey,” he wrote. 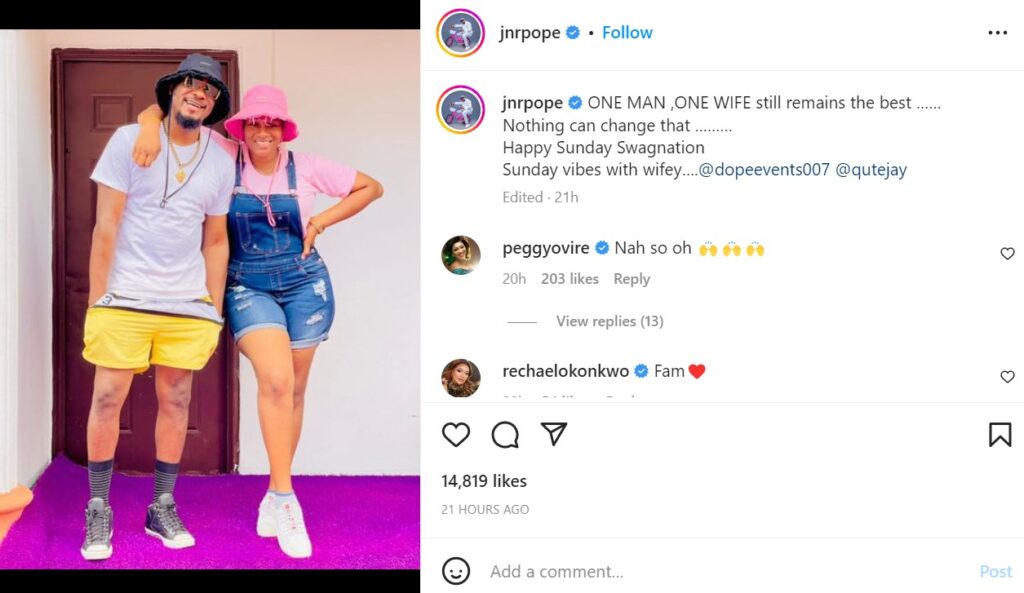 However, this didn’t sit well with a young woman, identified as Esther Nwachukwu, who was addressing Junior Pope in a video she shared on her Instagram page.

Esther, who recently inked Junior Pope’s name on her body, apparently called the actor a hypocrite and asked if he can swear that he has never cheated on his wife.

She further accused Junior Pope of sleeping with multiple women, adding that a man with two wives is better than someone like him who gets involved in extramarital affairs.

Watch her speak in the video below,