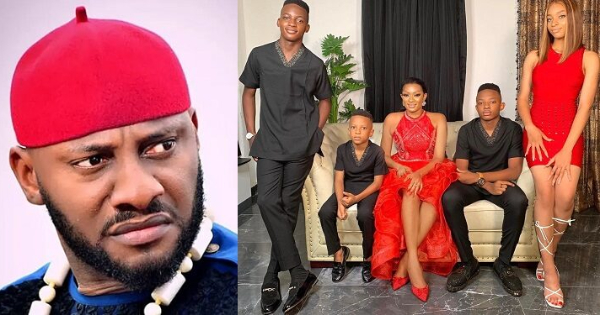 Nollywood actor, Yul Edochie’s first wife, May Edochie, has replied to an Instagram follower describing her as the mother and father of his children with the actor.

The mother-of-four, who completely avoided her husband, Yul Edochie’s birthday a few days ago, shared some beautiful photos of her and her children on her Instagram page. The photos drew mixed reactions from her fans and followers, while some praised her for the amazing job she is doing in raising her children, others accused her of gradually taking her husband’s place in their children’s lives.

With that in mind, one Instagram user, @dr-nkechinyere_olaedo, described May as a mother and father to her children in her comments.

to each and everyone one of you! The fan wrote in part.

When May saw the comment, she responded. However, her response indicated that she agreed with the follower’s point of view. 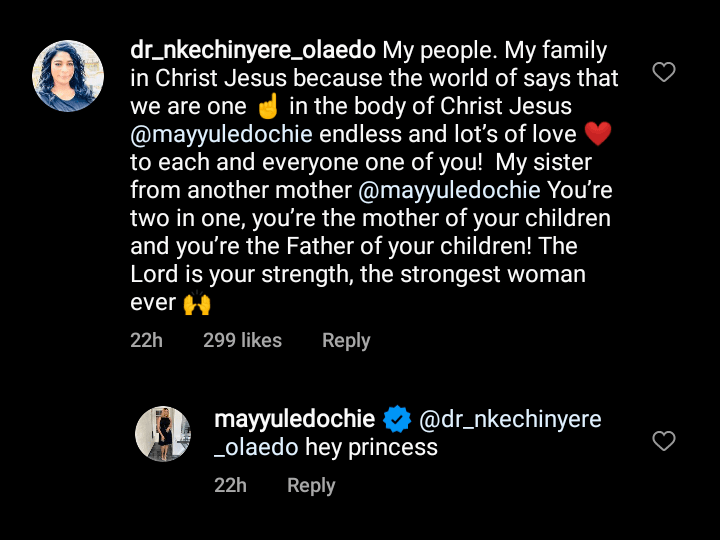