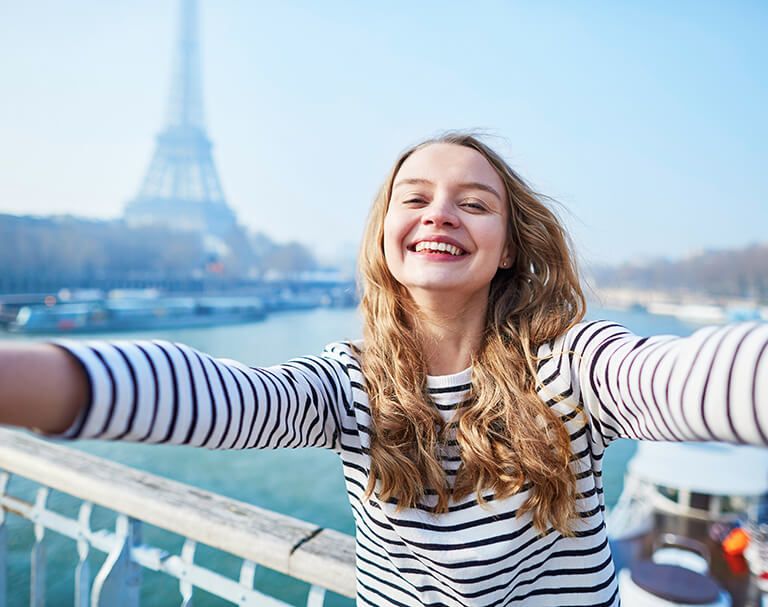 Millions of students prefer Europe as one of the best places to study abroad in the world.  Studying in Europe allows you to explore the world – during and after studying in Europe.  Europe has developed a quality assurance scheme that covers all European higher education courses.

You will find that European degrees are worth the money – tuition and living fees are very reasonable, international scholarships are widely available and education is highly valued in all countries.

Why Study Abroad In Europe?

Many of the best universities in the world are located in Europe.  Cross-border cooperation in Europe has created a strong international academic community that conducts cutting-edge research.

There are many amazing places to study abroad in Europe as there are thousands of universities in Europe that offer tens of thousands of study programs in English.

There is something for everyone.  Compared to countries such as the USA, Canada or Australia, tuition fees at most public universities in Europe are very low.

Some European countries don’t even have tuition fees – studying at university is free!  There are also many opportunities for scholarships and other financial support options during your studies.

ALSO CHECK: What Are The Best Places To Study Abroad For International…

What Is The Cheapest Country To Study Abroad In Europe?

Germany is the cheapest country to study in Europe with low or no tuition fees and affordable living costs compared to other European cities such as London or Paris.

This is because most universities in Germany are public, which makes tuition fees affordable for both domestic and international students.

Although tuition is free, be aware that there are other minimum university fees that students must bear, such as application fees, registration and document processing fees.

These fees typically cost around €250 ($246.38 at the time of writing). That’s not all International students who need additional financial assistance can also apply for a wide range of scholarship options.

ALSO CHECK: How to Study Abroad in Canada | Programs

How Much Does It Cost To Study Abroad In Spain?

ALSO CHECK:  How to Study Abroad in the USA | Programs and Best Steps

Rich in diversity, fluent in English and rich in history and culture, London is an ideal choice for students who want to feel like a big city with lots of opportunities.

With some of the the world’s best universities in the UK, the United Kingdom is considered one of the best places to study abroad in Europe. There are opportunities here that can advance your career far beyond a semester abroad.

You’ll also love how many students and young people in London fuel your own creativity and introduce you to new places and concepts.

But keep the high cost of living and tuition fees in mind before you start planning and be realistic about your budget.  Students flock to the UK for incredible cultural experiences, top universities and post-graduation opportunities.

Whether you want to spend your weekend hiking the Scottish Highlands, enjoying live music in a pub with friends or immersing yourself in your favorite literature in one of the world’s best libraries, Great Britain welcomes you

Starting our journey in Scandinavia, Sweden is a diverse, friendly and just nation that ranks as one of the most advanced countries in the world in terms of gender equality, wealth and LGBT progressiveness.

It is also known for its high quality of life, excellent sustainability performance that protects its vast northern European natural beauty, and high safety and cleanliness.  Sweden is ranked 14th in the QS Higher Education Strength Rankings.

Not only does the country have a strong higher education system, but Swedish university teaching is known for encouraging students to apply their knowledge and think critically, independently and creatively.

ALSO CHECK: How To Study Abroad In The UK (United Kingdom) | Programs

One of the best countries to study in Europe is Austria.  Austria has a number of universities that are among the best in the world.  The country of Austria is quite small and has about the same population as London.

If you are planning to study abroad in Austria, there are amazing landscapes and stunning cities, so you will always have something to do.

The average amount of money a student will spend on living in Austria is 950 euros per month.  This approach includes nutrition, education and personal needs.

Many stores in Austria have discount supermarkets that allow students to buy products at a reasonable price. The best university in Austria is the University of Vienna.  It is the highest Austrian university and also the largest.

The university accommodates around 94,000 students and teaches several subjects, giving students the opportunity to choose their interests.  Most of their classes are taught in German, but many are also taught in English.

Although living in Switzerland can be expensive, tuition at most public universities is the same for all international students, regardless of nationality.

This differs from most European countries where EU/EEA nationals pay less than non-EU/EEA students.  Depending on the region in which you choose to study, you have the opportunity to learn not one, but four new languages!

The four national languages ​​of Switzerland are German, French, Italian and Romansh.  If you want to experience the beauty of the Swiss Alps, explore beautiful cities and taste world-renowned cuisine, Switzerland is a great choice.

ALSO CHECK: Step-By-Step Guide On How To Study Abroad

In this country, CIEE students will have the time of their lives living and studying in the charming European city of Prague.

Considered one of Europe’s major cultural and economic hubs, the ‘City of a Hundred Spires’ has a rich history within its charming city and is home to many UNESCO heritage sites.

CIEE Prague is housed in a beautiful 19th-century Neo-Gothic building built on top of one of the highest hills in the city – an unforgettable place to study.

Students in this program have the opportunity to study at some of the best schools in the Czech Republic, including the renowned Prague Film and Television School of the Academy of Performing Arts (FAMU) and Charles University, the oldest university in Central Europe.

Ireland is a small country in Western Europe known for its natural beauty, literature and music.  The country is also known for its rich culture and breathtaking views.

When you study abroad in Ireland, you’ll always have something to do and you’ll always be on a fun adventure.  Among other things, the amazing education system makes it one of the best countries to study in Europe.

The average cost of accommodation for students in Ireland is between €7,000 and €12,000 per year.  This estimate includes rent, food, books, electricity and personal expenses.  Undergraduate studies in Ireland cost between €9,000 and €45,000.

The best university in Ireland is Trinity College Dublin.  Trinity College is Ireland’s internationally recognized premier and leading research university.  It is located in the heart of the Irish capital, giving students excellent access to the city.

Trinity College has 24 schools offering a variety of degrees and courses.  They teach about 17,000 students and the campus also has 51 acres of land.

Poland offers competitive tuition prices and a low cost of living, especially compared to the costs you would have to cover living in other European countries.

Many courses are taught in English, but it would be a good idea to brush up on your Polish so you can attend even more courses and get around the city more easily.

There are more than 500 institutions of higher education across the country, and many of them are specialized rather than following a traditional model like other European universities.

The best schools in Poland can be found in Krakow, Warsaw, Poznan and Gdańsk, and the best programs of study include science, technology and engineering.

Slovenia is a beautiful country located between Croatia and Italy, and it has many amazing outdoor spots, from beaches to mountains.  But in addition to being a popular tourist destination, the country is also a great choice for those looking for a highly rated university.

In fact, the country has one of the best education systems in the EU, and one of the biggest schools in the world is the University of Ljubljana, which is also considered the country’s top university.

Another popular school is the University of Maribor, but there are other universities where you can count on low tuition fees, and there are also opportunities for those who wish to get a PhD for free.

There are approximately 150 programs in English and the country as a whole offers a low cost of living.

Tuition is free if you attend a public university in Norway, although there are a few exceptions when it comes to specialized programs in the country, and there are also private universities to choose from.

Although the cost of living in Norway is considered more expensive than in other regions of Europe, Norway’s friendly locals, beautiful landscapes and low crime rate have helped make it one of the most attractive countries in Europe to study abroad.

About 250 undergraduate programs and another 250 master’s programs are taught in English, making it convenient for students from the UK, USA and Australia.

The Netherlands is located in Western Europe and consists of 12 provinces.  The Netherlands has an excellent education system and many famous sights for students to visit.

There are many places to discover in the Netherlands, such as windmills, bulb fields or canals.  In addition, the Netherlands has stunning scenery, breathtaking canals, and numerous bike paths to travel with friends while studying abroad.

The cost of living and studying abroad in the Netherlands is about 800-1200 euros per month.  This includes accommodation, meals, transport, clothing and personal activities.

When you study in Europe, you should take the chance to see more than one country.  With plenty of cheap flights, trains and buses, and relatively short travel times, it’s possible even on a tight student budget and busy semester schedule.

If you are not a European citizen and you are studying in the Schengen area of ​​26 European countries, you can easily get a student visa that will allow you to visit other Schengen countries.  Think of all the great experiences you can have even off campus. 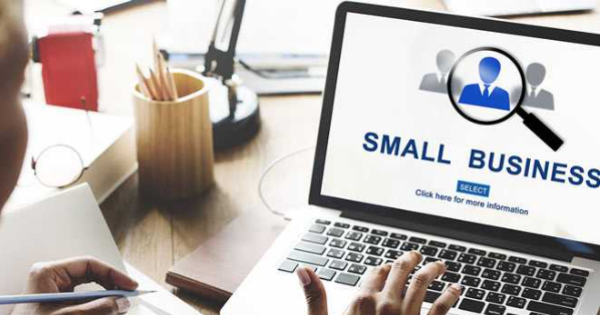 How To Start A Small Business Online 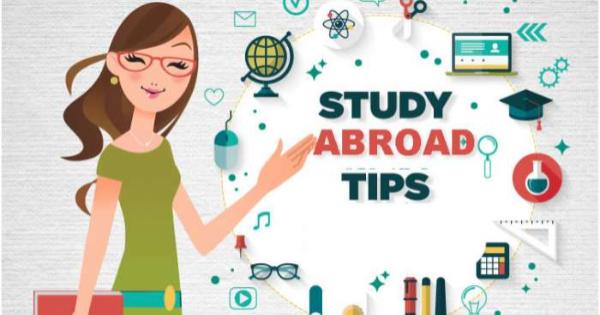 Step-By-Step Guide On How To Study Abroad