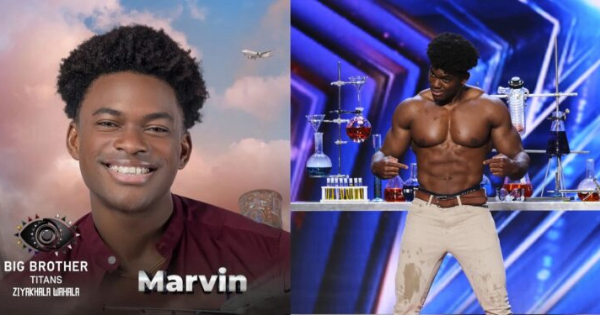 One of the newly revealed housemates in the Big Brother Titans house, Marvin Achi, has been making waves online after revealing he’s been on three popular TV shows.

It is worth recalling that BBTitans kicked off on Sunday night, January 15th, and 20 housemates – 10 Nigerians and 10 South Africans – were welcomed into the house to compete for the grand prize. (Read Here)

However, Marvin, a 29-year-old chemical engineer, and fitness enthusiast caught the eye of many, who said his face looked familiar. 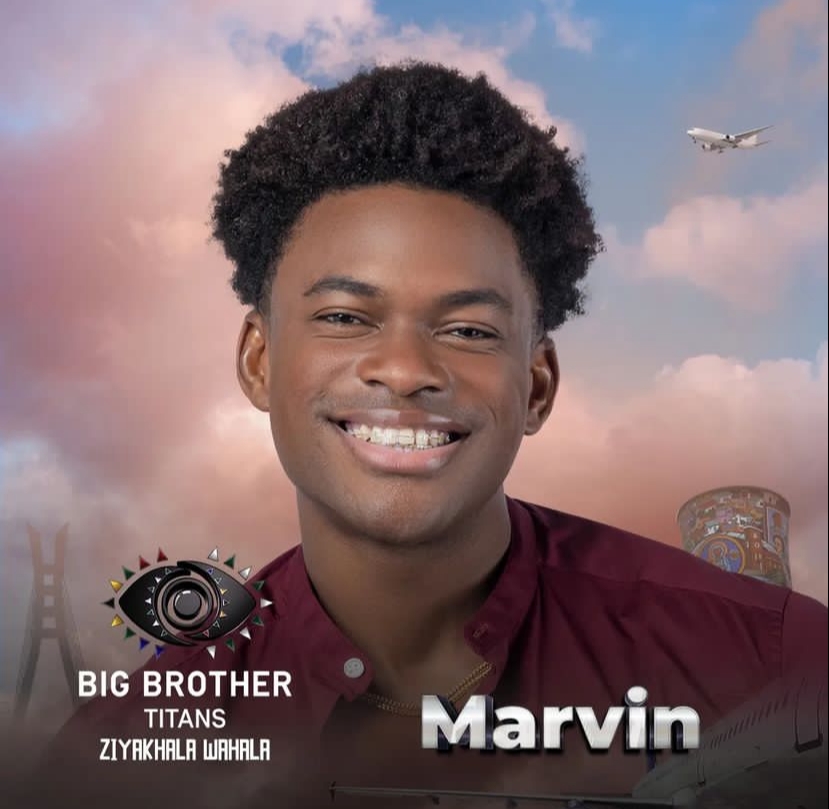 After digging further, social media users found out he was on America’s Got Talent, Big Brother US, and Netflix’s Circle before appearing on BBTitans.

A tweep wrote, “This Marvin boy is a reality show gigolo. From big brother US to America’s got talent to the circle on Netflix now big brother titans.” 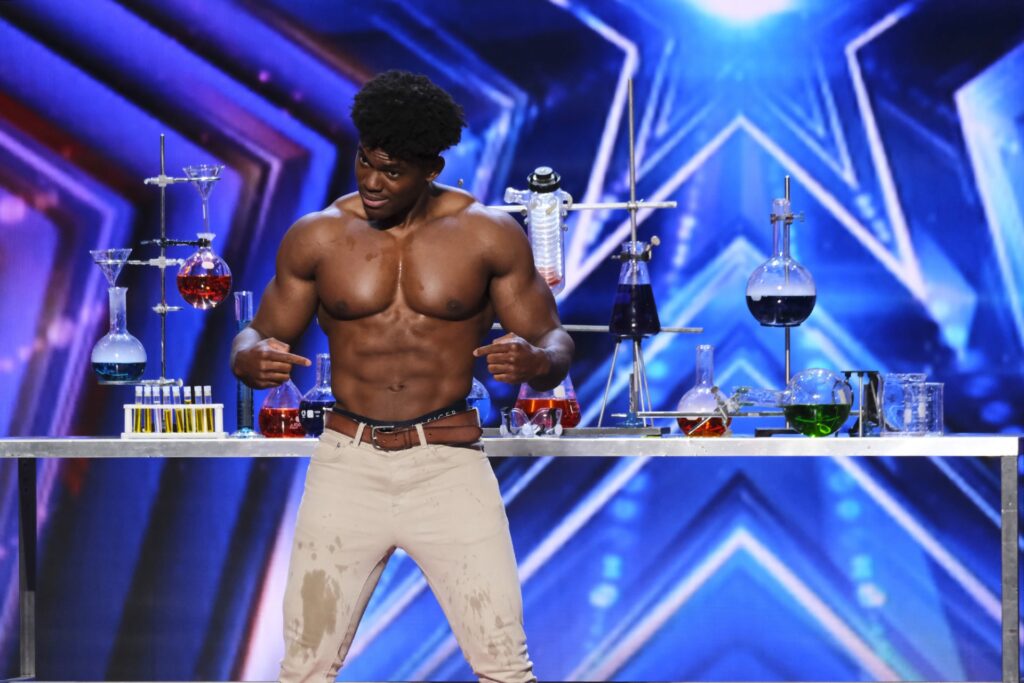 The tweet was followed by massive reactions from viewers of the reality TV show, who admitted to recognizing him from those shows.

Another tweep wrote, “I said it, it was him on big brother. But even at that it doesn’t matter, he has every right to keep pushing until he gets what he wants.”

The Port Harcourt-born housemate is obviously not new to fame as he has over five hundred followers on Instagram and is arguably the most followed housemate to date.

See some comments below, 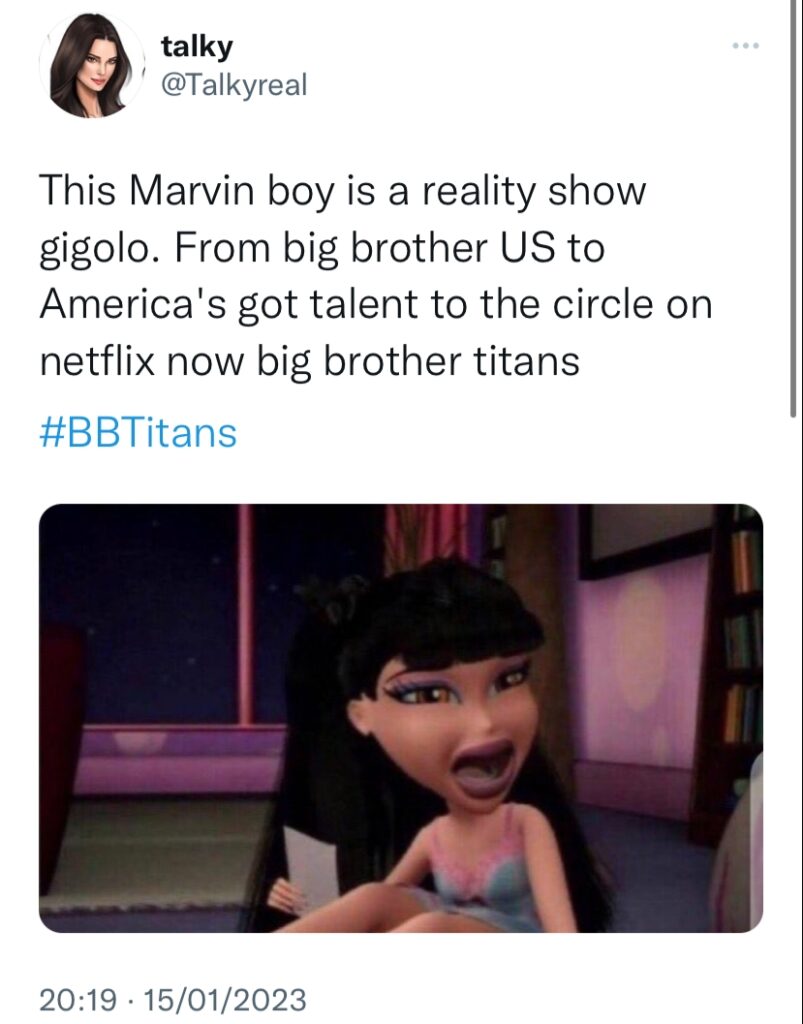 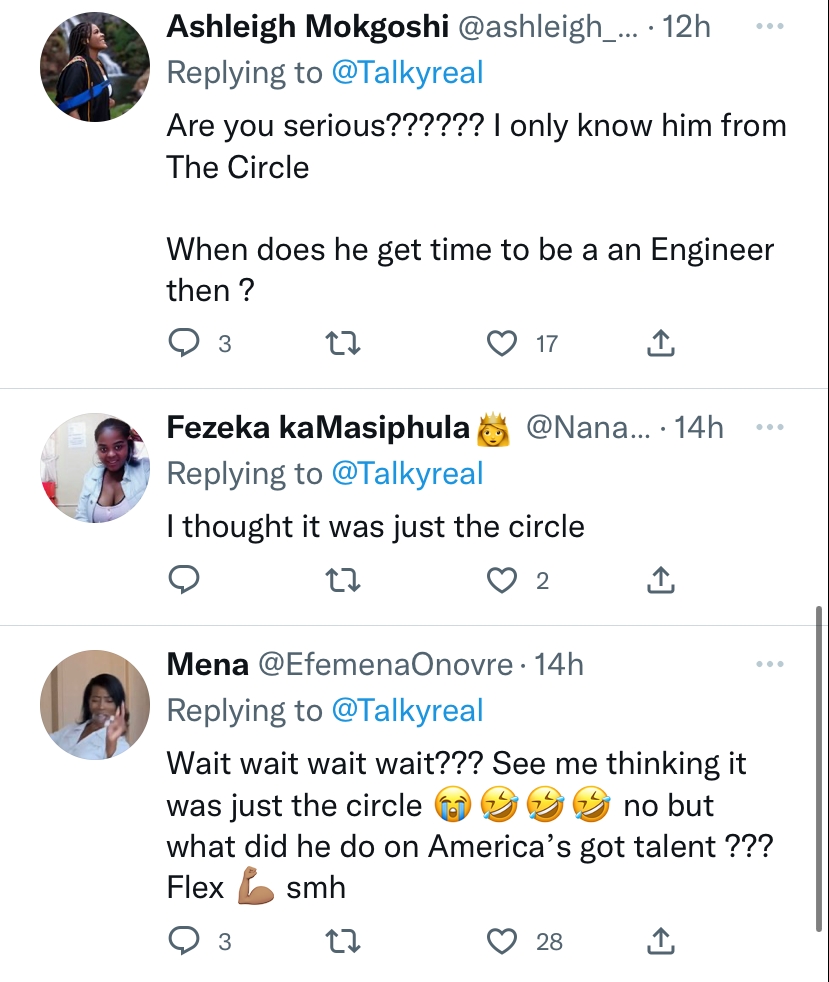 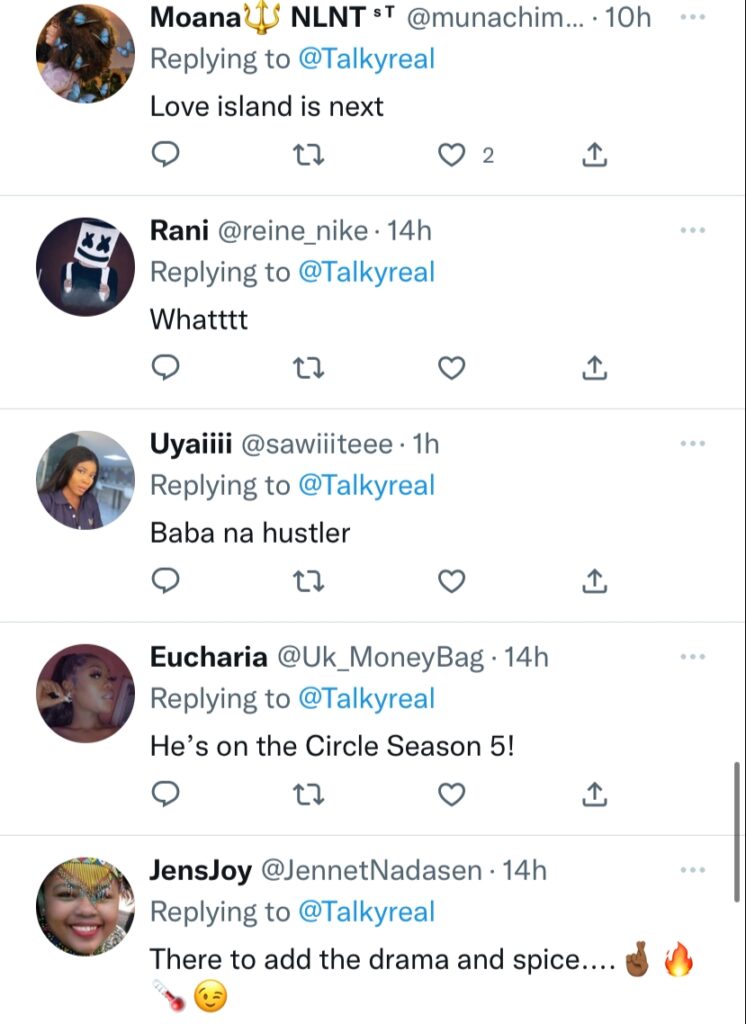 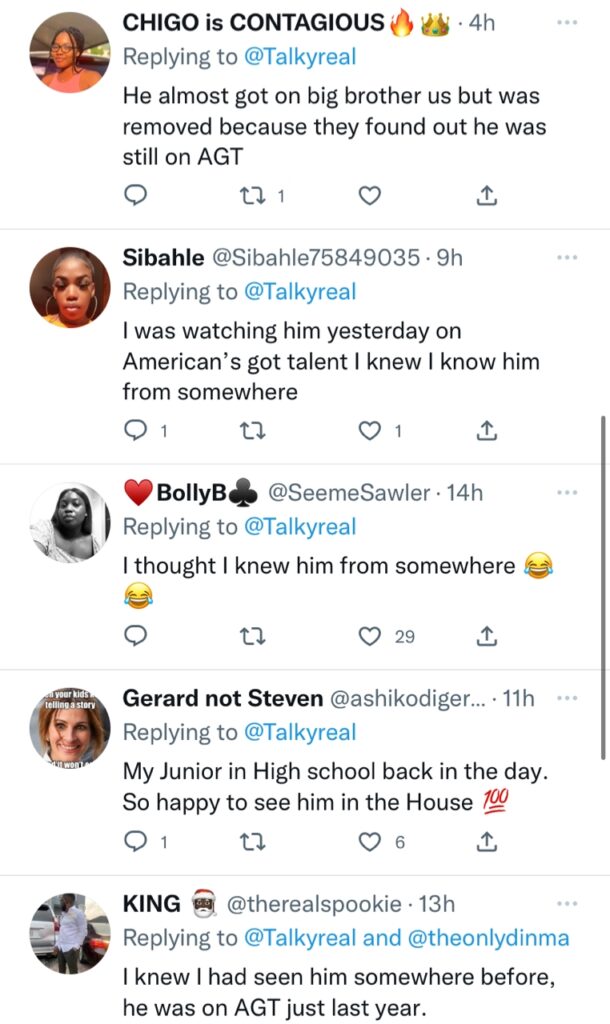