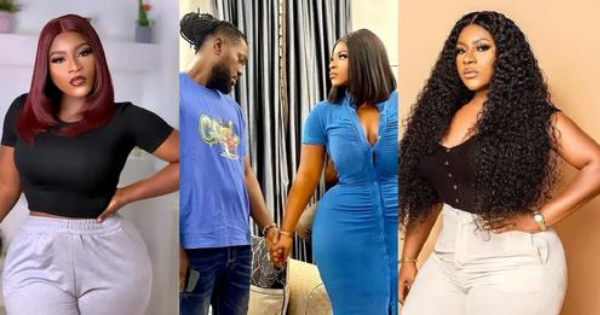 The curvy actress took to her official Instagram page to share photos of herself and Jerry Williams taken on set. 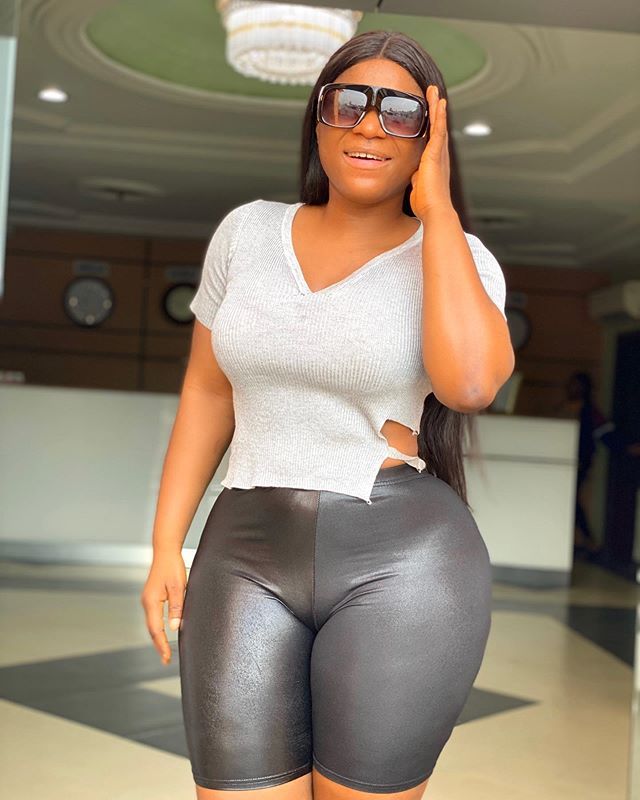 In the photos, however, Jerry, who was holding Destiny Etiko’s hand, seemed distracted and focused on her massive butt.

Destiny Etiko shared the photos on her Instagram page and quizzed her colleague, Jerry, demanding to know what he was looking at.

Why I Can Never Adopt A Child Again –Destiny Etiko

Well, the Nollywood actress has apparently given a hint as to what happened between her and Chinenye by responding to a follower’s comment. (Continue reading)