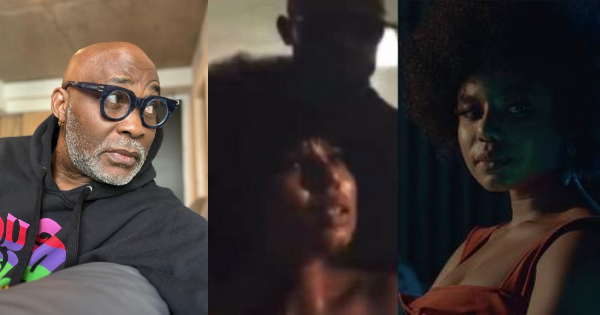 Veteran Nollywood actor, Richard Mofe Damijo, better known as RMD, has spoken out about an unclothed scene he performed with actress Nancy Isime in the recently released film, Shanty Town.

In the scene that got people talking, RMD forced Nancy Isime to undress, after which he fondled her breasts. However, Nancy later said that the breasts actually belonged to a body double. (Read Here) 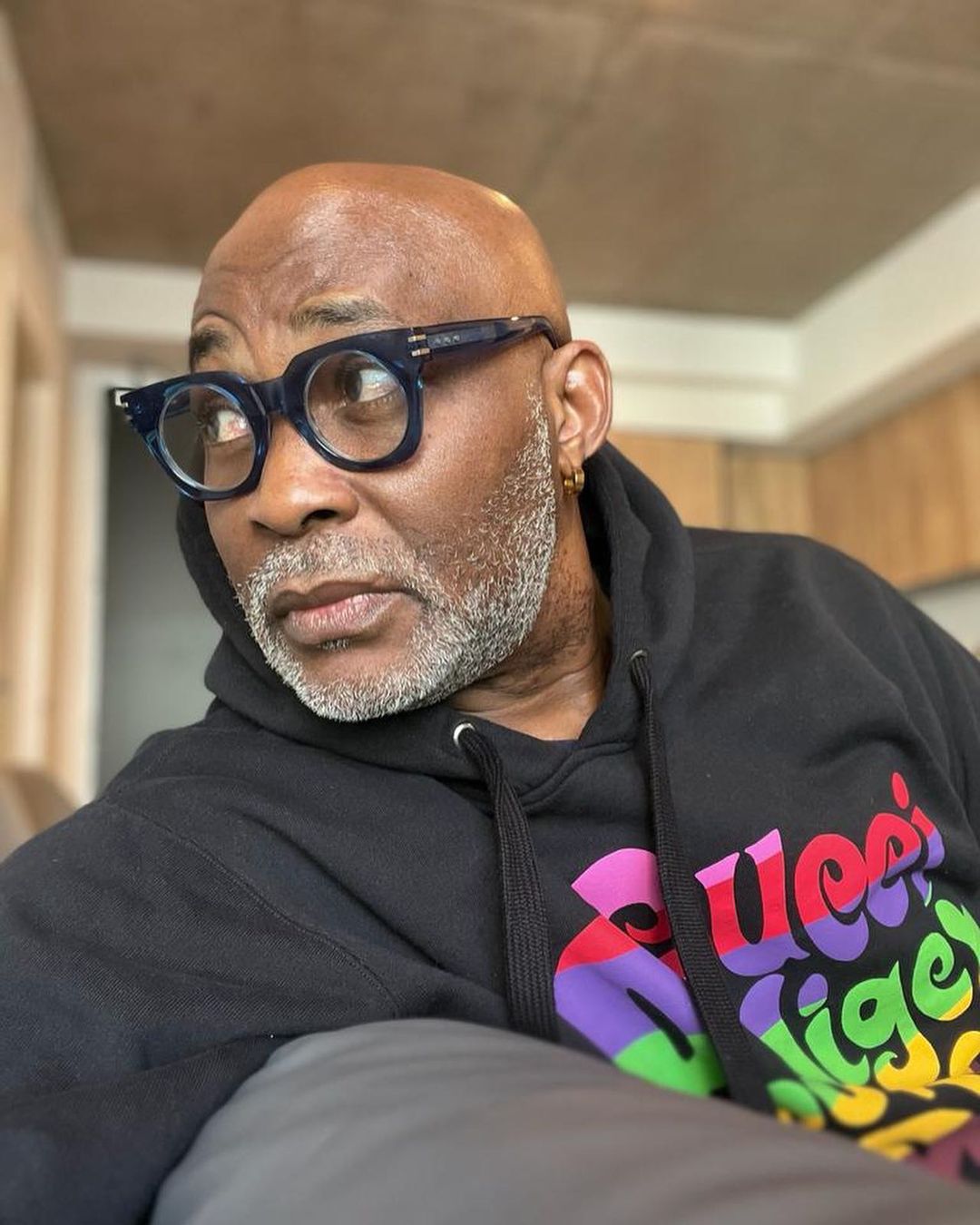 Richard Mofe Damijo aka RMD spoke about his seductive role in the film via his official Instagram page and shared how his friends reacted.

According to him, his friends in the film industry have expressed their desire to play the role “so they can be touching things.” 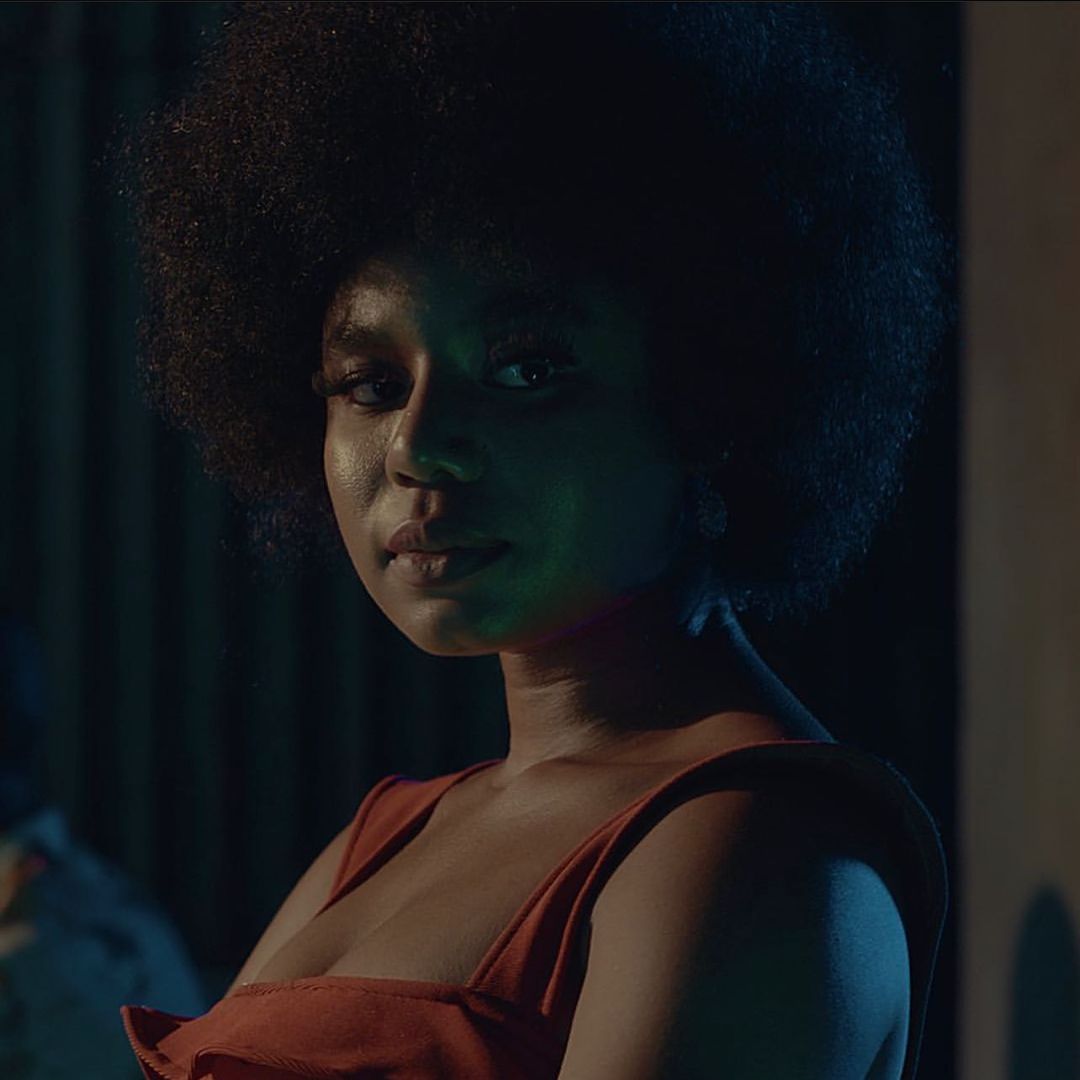 “I know this is not the scene of Chief Fernandez you all want to talk about… Now my friends want to play the roles I play so they can be touching things”, he wrote.

Nancy Isime, the talented Nigerian actress, has made waves with her latest film “Shanty Town”. The film, which tells the story of life in a slum, has captured the hearts of viewers across the country.

However, there has been much speculation about a specific scene in the film where Nancy Isime’s character appears to be completely nude. Fans are wondering if the actress filmed the scene herself or if a body double was used.

In this article, 9JaGistreel will take a closer look at the use of body doubles in the film industry and will explain why they are often used in films like Shanty Town.

A body double is someone who fills in for an actor in a specific scene, usually for shots that show the actor’s entire body or specific body parts such as their back, legs, or chest. Body doubles are often used in scenes involving nudity, intimacy, or physical activity that can be difficult or dangerous for the actor.

They can also be used to create the illusion of more than one person in a scene or to increase the time an actor can spend on set. It is a common practice in the film industry for filmmakers to use body doubles to avoid the risk of injury to the main actors, protect their privacy and make the filmmaking process more efficient.

The use of body doubles in the film industry is a common practice that dates back to the early days of Hollywood. Body doubles are used for a variety of reasons, such as to protect the actor’s privacy and comfort or to ensure that the scene is filmed in accordance with the director’s vision.

In addition, it is important to consider the laws and regulations regarding nudity in movies in the region where the movie is being produced. In Nigeria, explicit nudity is banned by the National Film and Video Censors Board.

In the case of Shanty Town, the director and producers decided to use a body double for the nude scene to protect Nancy Isime’s privacy and comfort and to comply with the country’s laws and regulations.

The body double, who was carefully chosen and trained to match Isime’s appearance and movements, was used to film the scene, while Isime herself was present on set to offer directions and advice.

The use of body doubles is a common practice in the film industry and helps filmmakers create the best possible product while protecting the welfare of their actors.

In the case of Shanty Town, using a body double allowed Nancy Isime to deliver a powerful and nuanced performance without compromising her privacy or comfort.

Nancy Isime, the Nigerian actress, model, and TV presenter has confirmed via her official Instagram page that her latest film “Shanty Town” uses a body double in a powerful and emotional scene.

The scene that caught the public’s attention shows a nuanced and intimate moment between the character of Isime and that of the famous actor, Richard Mofe-Damijo. The actress’ confirmation has shed light on the common practice of using body doubles in the film industry and has sparked debate about the portrayal of intimacy and nudity in Nigerian cinema.